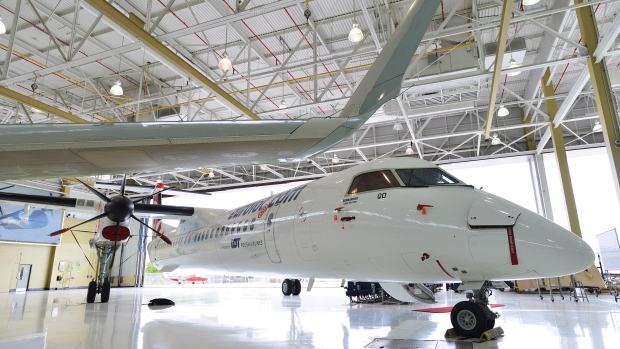 The head of the world's largest maker of turboprop planes, Franco-Italian ATR, raised concerns on Monday that state cash injections Canada's Bombardier has received for its jet production could distort competition in the turboprop market.

"Since 2015 they have got a billion (dollars)...and are working on another billion from Ottawa. I don't find that amusing and fair competition at all. I am looking at what it means for us, to what extent it threatens us," Chief Executive Christian Scherer told Reuters in an interview.

Scherer's comments come weeks after Brazil, which is home to Bombardier's main rival in the jetliner market, Embraer (EMBR3.SA), said it would challenge Canada at the World Trade Organization over a total of $2.5 billion in Quebec funding for Bombardier, including $1.5 billion from a public pension fund.

Bombardier (BBDb.TO) is now negotiating a $1 billion injection from Canada's federal government, after ballooning costs from two aircraft developments forced it to consider bankruptcy in 2015.

The lifeline for Bombardier's CSeries jet could indirectly lead to unfair pricing in the battle for smaller turboprops, where ATR mainly competes with Bombardier's Q400, Scherer said.

Bombardier denied it was involved in any unfair pricing.

ATR, which is half-owned by European planemaker Airbus and half by Italy's Leonardo, earlier said its orders dropped by more than half in 2016, while deliveries fell 9 per cent.

"What is true is that we have improved our sales and marketing team and have been more actively communicating the superior value of the Q400 to potential customers," a Bombardier spokesman said.

Trade analysts consider a formal European Union complaint about support for Bombardier unlikely, since Canada's system of equity infusions is not unlike some of the measures it has defended in a bitter dispute with the United States involving Airbus and Boeing (BA.N).