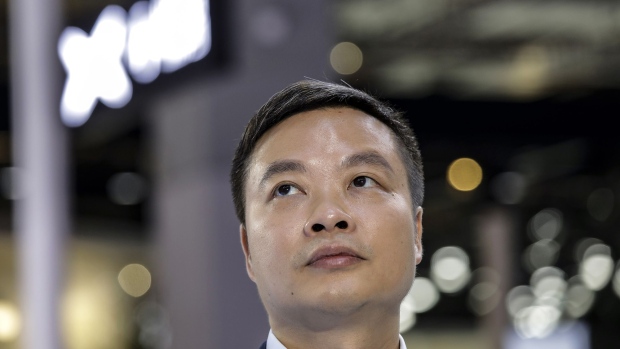 (Bloomberg) -- Chinese automakers may have to halt production in May if shutdowns persist in the Shanghai area, said the chief executive officer of electric-vehicle firm Xpeng Inc., a bleak assessment of supply-chain disruptions in the wake of Covid-19 lockdowns.

“If supply chain companies could not find a way to resume operation and production, it’s likely all Chinese OEMs may have to suspend production in May,” He Xiaopeng posted on his personal WeChat and Weibo accounts Thursday evening, referring to automakers. “Good news is some ministries and related departments are going all out to coordinate. Hopefully more government agencies could support joint efforts.”

The lockdown in China’s main financial hub, now in its third week, has battered the economy and stalled production, prompting Premier Li Keqiang to warn about economic-growth risks multiple times in less than a week.

Some automakers have been stopping output in the world’s largest vehicle market. Tesla Inc.’s Shanghai factory has been shut down since March 28 because of restrictions in the city. Volkswagen AG was forced to suspend production there earlier this month, while Chinese EV upstart Nio Inc. said Saturday it halted production and delayed deliveries because many suppliers had to close shop.