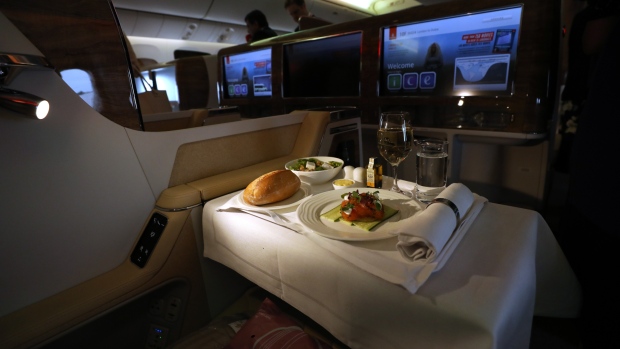 While U.S. President Donald Trump swings away with tariffs and tech-firm blacklisting, China President Xi Jinping is promising retaliation. But amid all the chest-thumping, who is actually winning the trade war? We have the numbers, and you might find them surprising.

As expected, embattled Tory Prime Minister Theresa May resigned, a victim of her failed Brexit strategy. But the U.K.’s seemingly intractable dilemma will likely continue without her.

The Securities and Exchange Commission is investigating Boeing and whether it properly disclosed problems with the now-grounded 737 Max, two of which crashed in the Java Sea and Ethiopia, killing 346 people.

United is seeking to oust Avianca’s chairman just six months after the two airlines agreed to form a joint venture. Avianca stock jumped on the news.

Russia has a dirty oil problem. Contamination halted its shipments, but the Kremlin pledged to resolve the issue right away. That was a month ago: The flow of oil into Europe is still little more than a trickle.

There are a lot of reasons House Speaker Nancy Pelosi is avoiding seeking the impeachment of Trump. A big one, her colleagues say, is that the Republicans who control the Senate would probably never convict.

What’s Tracy Alloway thinking about? The Bloomberg executive editor is wondering just how big China really is. Will its massive domestic market eventually make America a sideshow, or will Beijing hit a wall built of demographic realities and income ceilings?

What you’ll want to read tonight in Pursuits

First-class and suite upgrades. Club-lounge entry. Access to priority services. The perks of elite status are harder to come by as airlines and hotel loyalty programs evolve. Many carriers have instituted both flight and spending requirements that can annually top 125,000 miles and $15,000 in airfare purchases. But don’t fret—we have a few workarounds for you.

To contact the author of this story: David Rovella in New York at drovella@bloomberg.net