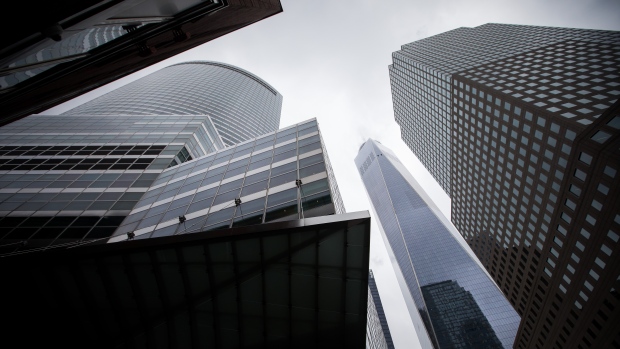 Bond traders at some of the world’s largest banks have more than US$50 billion riding on the success of the exchange-traded fund market, according to a new report from BlackRock Inc.

So-called portfolio trades, in which multiple bonds from different borrowers change hands during one transaction, are “a direct result of the growth of fixed income ETFs and their associated ecosystem,” BlackRock executives led by Dan Veiner, the firm’s global head of fixed income trading, wrote in the report. More than US$1 trillion is invested in bond ETFs, with trading leaping 41 per cent in 2018 from a year earlier, according to this research.

That’s good news for banks such as Goldman Sachs Group Inc. and Bank of America Corp., as well as electronic brokers like Jane Street Group, which are looking to portfolio trades to bring in business. About US$50 billion of these transactions took place in the first half of the year alone, exceeding activity for all of 2018, according to BlackRock, which cited data from Morgan Stanley and JPMorgan Chase & Co. And it’s all thanks to ETFs. 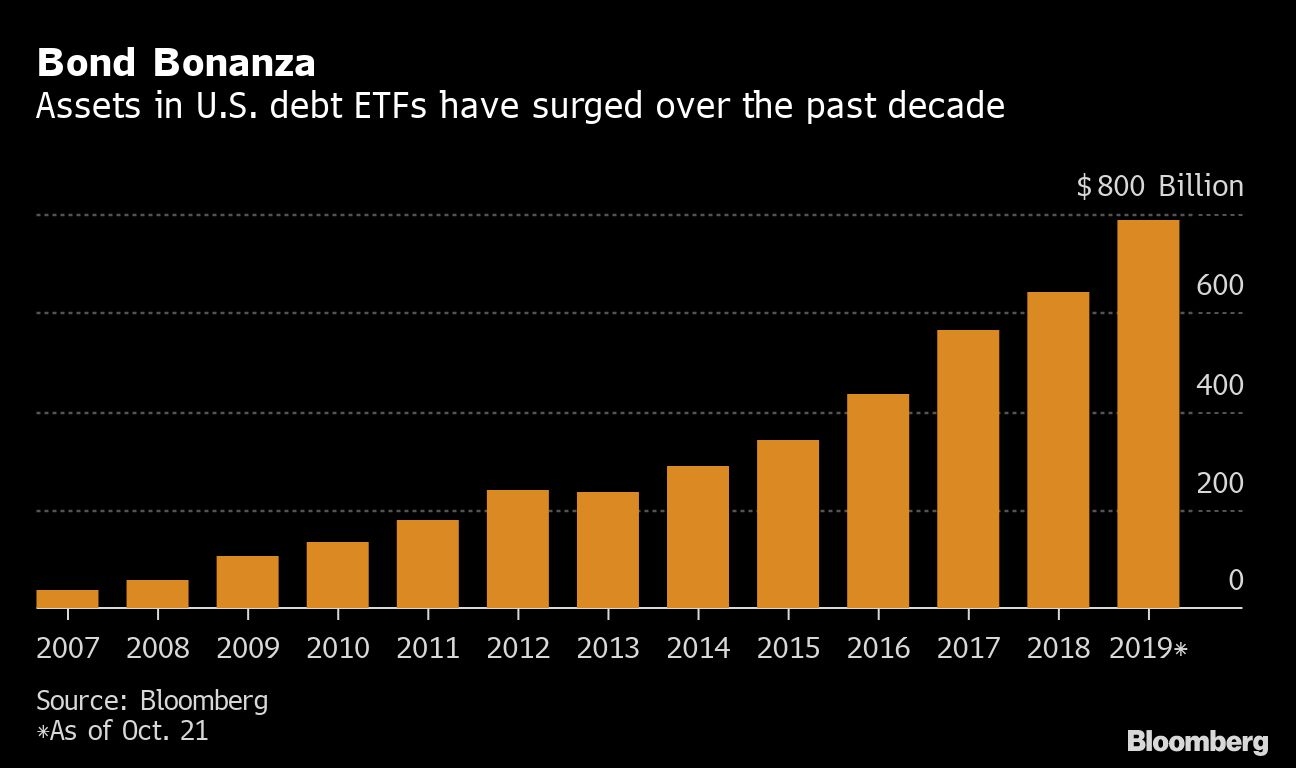 “ETFs were a catalyst for the innovation,” Stephen Laipply, head of fixed income at BlackRock’s U.S. ishares unit and one of the report’s authors, said in an interview. “It would be much harder to do these trades without ETFs and the ETF infrastructure.”

While many trades are smaller than US$100 million, transactions of US$1 billion or more have also been reported, BlackRock’s research shows.

Broker-dealers use ETFs to hedge positions while a portfolio trade is in progress, and to source or offload the individual bonds that are involved in these deals.

If they need to acquire high-yield securities for a client, they can buy shares in a junk debt ETF and then redeem the shares for the underlying bonds, for example. Conversely, if a bank has just bought a portfolio from a counterpart, it can look to switch these notes for shares in an ETF that it can sell in the secondary market.

Known as ETF creation and redemption, this mechanism is intended to help traders keep the price of an ETF in line with the value of its holdings. It has become a convenient tool for portfolio trades, allowing brokers to minimize their inventory and its associated costs. This activity also gives dealers a snapshot of the fair value of thousands of securities within ETFs, helping them price portfolio trades more efficiently.

However, these transactions are encouraging more money to flow into — and out of — ETFs. Primary volumes surged to US$483 billion last year, up 78 per cent from 2014, according to the report.

Given that BlackRock makes its money from the management fees that investors pay when they stick around, such volatility could be viewed as a negative for the issuer, but Laipply says that’s not the case.

“Having an actively-traded product ultimately gives people more confidence in it,” he said. “If people are confident and they believe they can use it for both portfolio construction and risk management, then that will lead to more assets under management.” BlackRock is the world’s largest ETF issuer, with 39 per cent of the U.S. market.

BlackRock also studied the electronification of the bond market and the growth of bond index derivatives for its report.

Here are some of the other key takeaways:

• While average daily turnover of U.S. high-yield corporate bonds has risen since 2012, activity in U.S. investment-grade credit has stagnated at about 0.4 per cent of the total outstanding market

• Market breadth has improved in both areas, with trading diversified across a wider number of bonds

• The increase in ETF creations and redemptions has coincided with revived turnover in underlying markets, benefiting corporate bond liquidity and price discovery

• For BlackRock’s high-yield ETF, known as HYG, its listed options market has climbed to US$34 billion in notional outstanding, the firm said; it oversees about US$19 billion of assets, data compiled by Bloomberg show