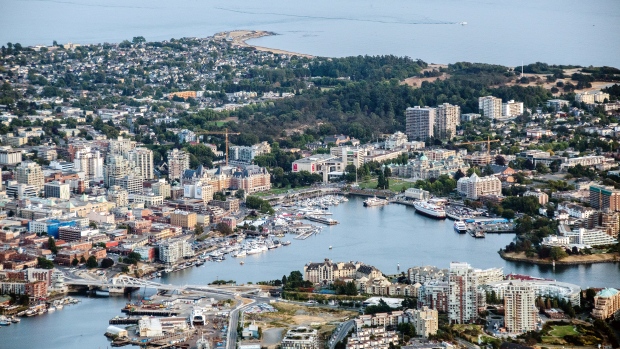 When businessman and hotelier Raoul Malak bought a contemporary mansion in Metchosin, B.C., a town on the southern coast of Vancouver Island in 2012, the house was only six years old.

Its prior owner had commissioned Simcic + Uhrich Architects to build the home, spending close to seven years and what Malak says was $24 million (US$17.2 million) building it from the ground up.

When the original owner was forced to relocate, Malak purchased the house, its furnishings, a caretaker’s house, and 67 acres for a fraction of that sum—about $5 million. “I can tell you, he accepted the negotiated price because he understood that we liked what he had,” Malak says. “It wasn’t a question of the price, it was that he understood we appreciated how magnificent it was.”

Since then, Malak and his wife have used the property, filling its six bedrooms with friends and family wherever possible. Still, “with just a wife, myself, and a dog, we found it sometimes overwhelming without people,” Malak says. “We felt a family with two or three children could enjoy it more than us.”

So they’ve listed it off and on for three years for $12.9 million with Logan Wilson at Sotheby’s International Realty Canada. “We’re very fussy,” Malak says. “We’d never sell it to someone unless they understood and could make sure that it takes a lot of money to maintain a structure like this. We want to hand it to someone who appreciates what it is.”

Aside from its unique design, the home was built within the Garry Oak savannah, one of Canada’s endangered natural ecosystems.  Even though the house is built within an oak grove, the architect designed its concrete foundation so that none of the trees’ root systems were impacted.

Malak says that he’s received several offers he found unpalatable—one person wanted to turn the house into a rehabilitation center—but the recent shutdown has brought a larger audience for the home’s many features that encourage remote living.

“My realtor really wants to show the house,” says Malak, who’s currently dwelling in it full-time with his extended family. “I told him: Maybe at the end of the summer, we’d give him more access.”

Malak’s reticence to leave the property is understandable. It takes him about 30 minutes to get to his hotel, the Westin Bear Mountain Golf Resort & Spa in Victoria, B.C., but the property feels totally isolated from the rest of the world. It abuts a regional park and sits on 1,400 linear feet, about a quarter-mile, of shoreline.

Malak has allowed local farmers to access 50 of the property’s acres to use for growing crops and, during off-seasons, grazing sheep. “We believe in the land and want it to be used the whole time,” Malak says. “So we said to the farmers: The profits are yours, but the land has to be used.” He hopes that whoever buys the property will maintain a comparable arrangement.

There are also tiered vegetable and flower gardens on the property, maintained by a caretaker who lives in a separate house on the land.

The private beach is accessed via paths, which are both walkable and accessible via a golf cart.

The property is gated. Once through it, visitors meander along a lengthy driveway and pass a tennis court to reach the main building, which is actually two buildings—a guest house and a main house—separated by a reflecting pool filled with spent hydrothermal seawater.

The main house is long and narrow, broken into two sections: a guest wing and an expansive, if relatively enclosed, owner’s suite.

The four-bedroom guest house has its own garage, and connects to the main entertaining areas and covered swimming pool via bridges over the reflecting pool, in addition to a more prosaic hallway.

“Guests can be completely independent,” Malak says. “They have their own entrance, so can come and go as they please.”

The owner’s suite is accessed via its garage or the formal entryway. Guests can pass over the pool and into the massive kitchen/dining room/living room area that overlooks the ocean. Malak can also bypass the entertaining section and go into his master suite, which has a walk-in-closet that’s larger than the actual bedroom.

At the far end of the guest area is a billiards room, bar, and media room.

In an unorthodox move, Malak approached the artist David Ladmore in 2013 to decorate the house. “When I met the artist, I said, ‘How many works do you have available in your studio, at your gallery?’ ” Malak recalls. “He said, ‘About 100,’ and I said, ‘Well, guess what? I’m buying it all.’” He did. The works are lightly abstracted landscapes, along with a few figure studies, rendered in either watercolor or oil paint.

Malak then hired art installers, who spent three weeks hanging the art in the house. “He made a website about it,” Malak says of Ladmore, and called it the Swanwick Collection.” (The house is located on Swanwick Road.) The art could be included in the sale “if someone appreciates them,” Malak says. “They’re magnificent artworks.”

Arguably, the most novel component of the house lies below the living area. A boathouse, accessed via an interior stairway, is connected to the ocean via a tramway. “You press a button: It takes the boat up the tramway into the house,” Malak explains. “You press another: It sends it out into the ocean.” A James Bond-style escape pod immediately springs to mind. Still, at least in theory, the house is for retreating to, rather than escaping from.

The land costs “hundreds of thousands of dollars a year to maintain,” Malak says, with costs that include the caretaker’s salary, landscaping, and overall maintenance of the outbuildings, paths, and built and natural features.

The house, meanwhile, is clad in oak, “so we’ve had to take a conservation approach to things,” he continues. Being on the ocean, “the salt air tends to be a little harsh.”Malak estimates that from $4 million to $5 million has been spent on maintenance in the past eight years.

“We can’t complain,” he says. “We’ve been blessed, and from the moment we visited, we knew it was a very special property. Eight years later, we’ve never regretted it.”

Despite the renewed interest in his property, Malak isn’t exactly in a rush to leave. “If it happens, it happens,” he says. “It’s not particularly critical to us. We always believe you just need one client to appreciate what we have.”