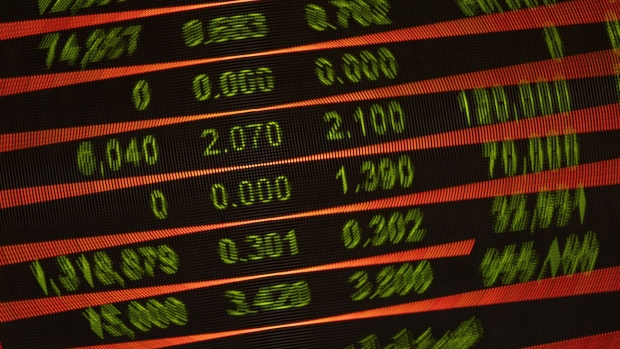 (Bloomberg) -- The world’s largest debt market may not be as sleepy as it seems.

One of the best-known measures of volatility in Treasuries -- an ICE Bank of America Corp. gauge that’s calculated using one-month options -- is about as low as it’s ever been since its launch in the 1980s. The Federal Reserve has a lot to do with that, with its pledge to keep rates near zero for years and its massive bond-buying program.

But analysts at DataTrek Research have found another way of looking at things that suggests movement in longer-maturity U.S. government debt may not be unusually subdued. It’s a finding that has important implications for investors’ portfolio allocations.

Specifically, the analysts looked at the rolling 90-day standard deviation of daily price returns on a US$19 billion exchange-traded fund known as TLT, which tracks Treasuries maturing in more than 20 years. They found it was only slightly below its average dating back to 2002, when it debuted, and well elevated from its lows during that period.

The fact that this measure signals long-dated Treasury volatility is above its historical lows means that the debt can still serve as a “reliable hedge” of equity risk, according to DataTrek’s Nicholas Colas. The traditional portfolio mix of 60 per cent stocks and 40 per cent fixed-income -- a bedrock principle of investing for decades -- has come into question lately with bond yields near all-time lows. But this analysis suggests there’s still room for rates to fall should stocks stumble, he said.

“Current-day long-dated Treasury volatility is not especially low, regardless of how it may ‘feel,”’ Colas, the firm’s co-founder, wrote in a note Wednesday. “Since their price volatility remains well within normal levels, they can still rally if equities sell off hard.”

To Colas, TLT’s performance during the latest bout of equity turbulence is proof. The S&P 500 Index has lost about 4 per cent in the past month as investors fretted about the approaching U.S. election and climbing coronavirus cases. Meanwhile, TLT is down about 0.2 per cent, bolstered by a search for havens.

The gap between the two volatility measurements can be explained by the forces influencing different parts of the Treasuries yield curve. The ICE BofA MOVE Index tracks one-month options from 2-year notes to 30-year bonds, so it’s capturing the Fed’s influence at the front end. With TLT, the focus is on longer-dated bonds, which are less influenced by expectations for the path of monetary policy.

However, the broader Treasury curve could be on the verge of more turbulence heading into the election. Volatility is starting to emerge in the MOVE index focused on three-month options. The one- to three-month spread on the MOVE is now the widest in more than a decade.

TD Securities rates strategist Priya Misra sees potential for volatility to remain elevated in the wake of the election, on the view that the market is overestimating the likelihood of a split Congress. She sees potential for a Democratic sweep sparking a bout of risk-off trade, which would drive the long end of the curve lower as investors grapple with policy uncertainty. The risk is that even all the Fed’s accommodation may not be enough to calm markets during that period.

“There is a Fed put, but the Fed can only do so much,” Misra said.