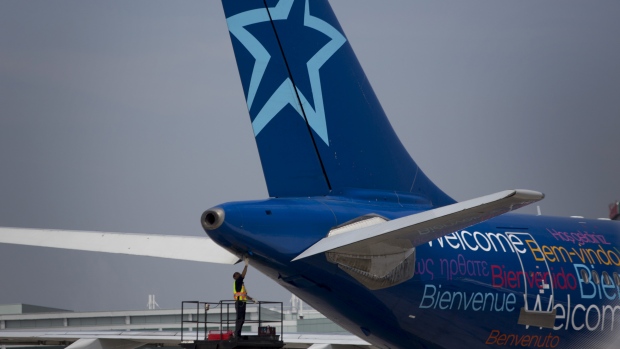 MONTREAL - Air Transat is looking to reduce greenhouse gas emissions from its airplanes by using jet fuel made from kerosene in a process that captures carbon dioxide produced by large industrial emitters.

The Montreal-based airline has signed an agreement with SAF+ Consortium, which is finalizing the fabrication of a pilot plant in Montreal to make the kerosene.

The kerosene is then converted to synthetic jet fuel which is estimated to have an 80 per cent lower carbon footprint than conventional jet fuel.