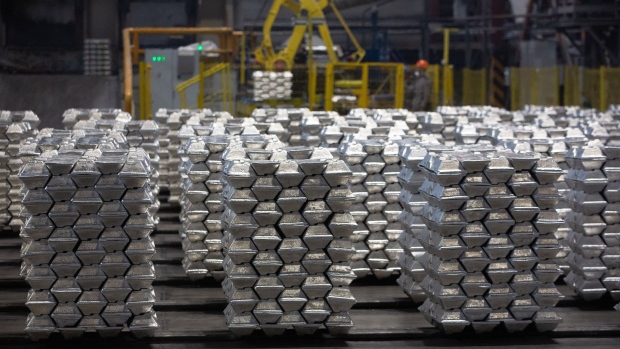 Stacks of aluminium ingots ready to be bound ahead of shipping in the foundry at the Sayanogorsk Aluminium Smelter, operated by United Co. Rusal, in Sayanogorsk, Russia, on Wednesday, May 26, 2021. United Co. Rusal International PJSC’s parent said the company has produced aluminum with the lowest carbon footprint as the race for cleaner sources of the metal intensifies. , Bloomberg

The metal closed in Shanghai at a two-month high, and rebounded in London. Alcoa will halt a Spanish plant for two years amid soaring energy costs in Europe. In China, the government said it wanted carbon emissions from the aluminum industry to fall 5% in the first half of this decade.

Both developments highlight how aluminum’s supply is at risk of tightening into next year and beyond as the energy-intensive industry faces higher costs and more climate regulation. Citigroup Inc and Goldman Sachs Group Inc. are among banks that forecast a deeper deficit in 2022. Prices in London are up more than 40% this year.

An energy crisis in Europe over the past few months has piled pressure on metals producers, especially in aluminum where power accounts for a large portion of costs. Alcoa’s announcement on the San Ciprian plant came soon after production cuts at the top European smelter.

Beijing’s pledge on Wednesday to reduce aluminum’s carbon footprint underscores how China’s climate push might affect the market. The country accounts for well over half of global production, and the metal’s surge to a 13-year high in October was fueled by output cuts in China.

Other base metals were mixed, with copper down 0.1% in London and nickel up 0.3%.