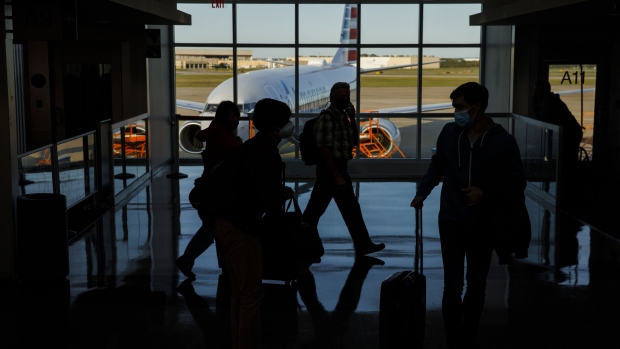 American Airlines Group Inc. is stepping back from fees of as much as US$750 to change tickets for international travel, partially abandoning a widely loathed charge as the company rushes to lure passengers back to its long-distance flights.

Change fees will cease on flights originating in North or South America for all but the cheapest “basic economy” fares, American said in a statement Thursday. The new policy follows a decision by U.S. carriers earlier this year to get rid of such charges on domestic service even after the coronavirus pandemic abates.

Giving up the lucrative change fees on overseas trips signals the urgency of American’s efforts to revive international travel, which has been all but nonexistent since March. American got US$800 million from ticket changes last year, part of a US$2.8 billion pie from all fees collected by the top 10 U.S. airlines, according to the Transportation Department. Domestic passenger traffic today is at just 35 per cent of 2019 levels and international flying is down even more.

“We are committed to making travel easier for our customers who fly on American,” Chief Revenue Officer Vasu Raja said in the statement. “By eliminating change fees, we’re giving customers more flexibility no matter when or where they plan to travel.”

In March, major airlines suspended change fees on all flights until the end of this year after they were all but forced to let people alter travel plans without penalty as states and countries imposed travel restrictions.

Then in August, United Airlines Holdings Inc. was first to eliminate a US$200 fee to change domestic tickets, followed by Delta Air Lines Inc. and American, which also scrapped the charge for tickets to Canada, Mexico, Puerto Rico, the Caribbean and U.S. Virgin Islands. Southwest Airlines Co., has never charged customers to change tickets.

Even with the suspension of change fees, travelers at all U.S. airlines are required to pay any difference in fares if they switch to a different flight.

To revive international travel, carriers have turned to preflight virus testing. American and British Airways will begin offering tests to some flyers between London and three U.S. cities starting Nov. 25. United has begun a four-week offer of pre-departure tests to all passengers between Newark, New Jersey, and London’s Heathrow airport.