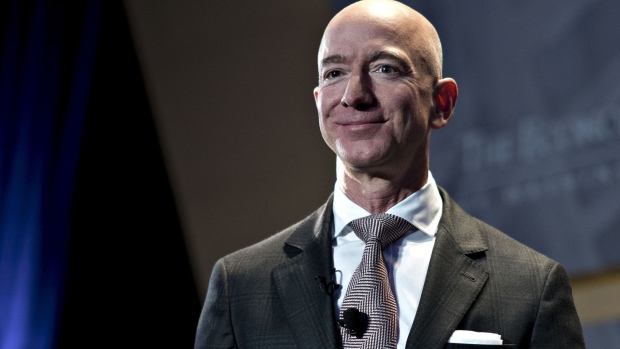 (Bloomberg) -- Jeff Bezos donated more than $170 million in Amazon.com Inc. shares just over a month after he announced a series of mega-donations.

The world’s richest person said in July he would give $100 million to Van Jones, a CNN political contributor and founder of Dream Corps, and to chef José Andrés, who cofounded World Central Kitchen, which helps feed and support people in disaster-stricken regions.

Bezos, 57, made the commitments shortly after completing an 11-minute flight into space through his company Blue Origin. Days before, Bezos had announced a $200 million gift to the Smithsonian National Air and Space Museum, with the bulk of the gift to establish the Bezos Learning Center.

Since early June, Bezos has given away more than 67,000 shares of Amazon worth roughly $230 million. Thursday’s filing accounted for almost 50,000 of those.

Bezos is worth about $200 billion, according to the Bloomberg Billionaires Index. His ex-wife, MacKenzie Scott, has a $61.2 billion fortune, even after she donated more than $8 billion in the past 14 months.