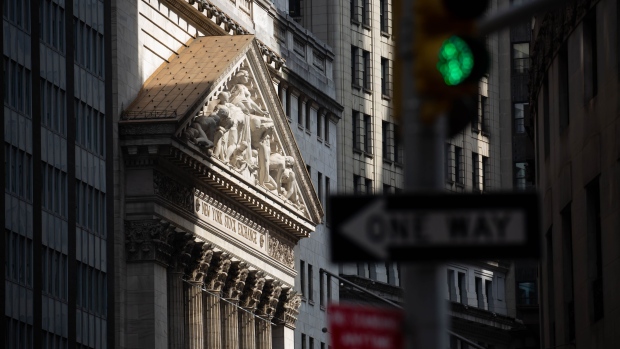 A streetlight stands in front of the New York Stock Exchange (NYSE) in New York, U.S., on Monday, July 20, 2020. U.S. stocks fluctuated in light trading as investors are keeping an eye on Washington, where lawmakers will begin hammering out a rescue package to replace some of the expiring benefits earlier versions contained. , Bloomberg

Billions of dollars are on the move in one of the world’s largest exchange-traded funds as soaring options activity collides with the uncertain outlook for tech shares.

One trading session after recording its worst exodus in 20 years, the Invesco QQQ Trust Series 1 (QQQ) ETF saw its best day for new assets in the same period. Investors had withdrawn US$3.48 billion from the fund on Friday, but they poured US$4.16 billion back in on Monday as the Nasdaq 100 Index erased almost all of a 2.4 per cent intraday drop.

At least US$3 billion of the outflow was directly related to options activity, a person familiar with the flows said. Some 14 billion shares changed hands in U.S. markets on Friday in a quarterly event known as quadruple witching, when options and futures on indexes and equities expire on the same day.

QQQ’s combined call and put open interest totaled 10 million contracts at the end of last week, the highest level since 2007. 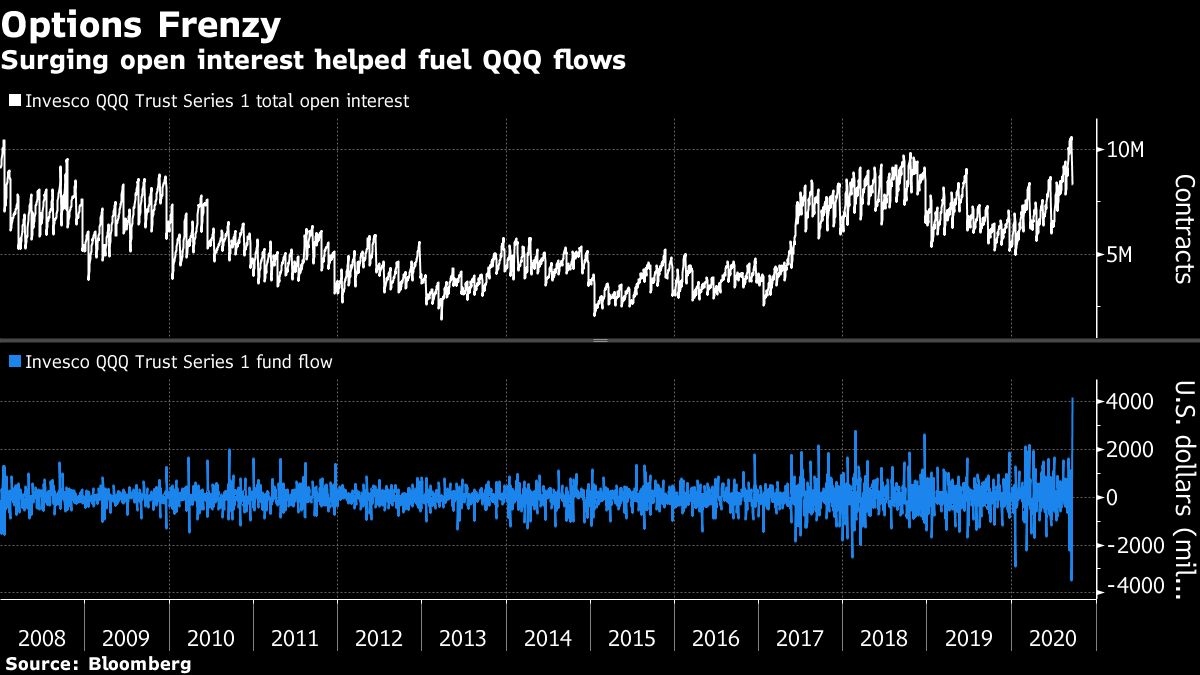 The huge flows are the latest illustration of how a boom in options has been roiling the market of late. Enormous demand for calls on megacap tech stocks -- which populate QQQ -- is thought to have created a bullish feedback loop as dealers hedged their exposure by buying those same shares. That dynamic cracked in September, and the Nasdaq 100’s plunge was exacerbated by dealers having to hedge their exposure on the downside as well.

QQQ is more than 10 per cent lower this month after surging nearly 73 per cent from March’s lows through the end of August. The Monday inflows helped the fund finish in the green that day, and it was as much as 1 per cent higher on Tuesday morning in New York.

Monday’s influx shows that investors were quick to reestablish their positions after the past week’s upheaval, according to Invesco.

“We believe that yesterday’s large inflows show that investors are ‘resetting’ their QQQ positions, as they recognize the value that the 21st century Industrials included in the ETF can add to portfolios,” said Ryan McCormack, Invesco QQQ strategist.