Bitcoin climbed above US$44,000 for the first time in a week as the most U.S. inflation in four decades revives the debate about whether the cryptocurrency is a hedge against rising consumer prices.

The largest digital asset by market value rose as much as 3.3 per cent to US$44,085 Wednesday, following the release of the consumer price index, which climbed 7 per cent in 2021. That means inflation in the U.S. registered its biggest annual gain since 1982. Some market participants had speculated that the increase would be higher, helping to send other so-called risk assets such as stock higher.

“Inflation today was in line and maybe the Fed doesn’t need to accelerate its tightening, which means that the outlook for cryptocurrencies may be at the margin just a little bit better,” said Michael Reynolds, vice president of investment strategy at Glenmede. “As it becomes, on a relative basis, more attractive to hold assets in cash as the Fed raises rates, we would expect that it may take some of the wind out of the sales of the crypto assets.” 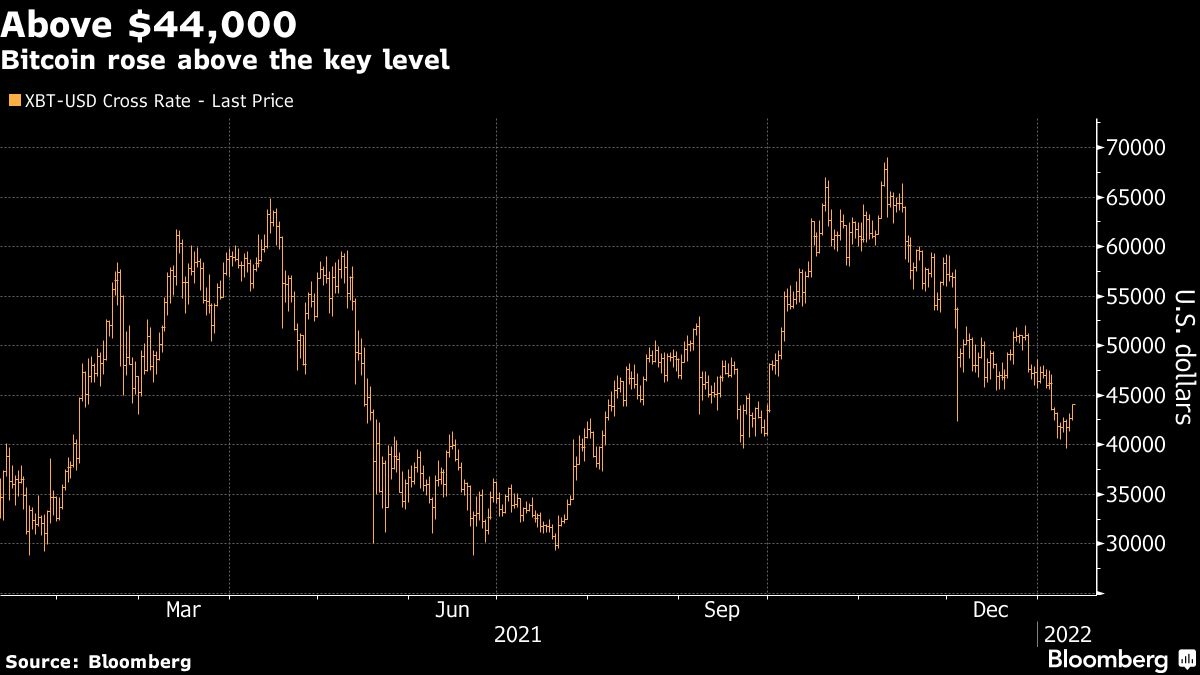 Crypto proponents have long argued that Bitcoin and other digital assets, on account of their being an idiosyncratic asset class, could act as hedges against swings in other areas of the financial market. Only 21 million Bitcoin will be put into circulation under the computer protocol that governs issuance, though that figure isn’t expected to be reached for several decades.

Other cryptocurrencies also rose on Wednesday following the data release. Ether was up 4.5 per cent to US$3,375 as of 1:12 p.m. in New York, while the Bloomberg Galaxy Crypto Index added 3.5 per cent.

“What we’re seeing today is not ‘yay, inflation hedge’ and all that, it’s risk assets are in again,” said Noelle Acheson, head of market insights at Genesis Global Trading Inc. That is “because we don’t think that Powell is going to raise rates as much as the market has been discounting because inflation was in line with expectations and not worse.”

To be sure, that Bitcoin or any other cryptocurrency can be a good inflation hedge is still a matter of debate, even as notable analysts and investors tout it as such. Some argue that Bitcoin just hasn’t been in existence long enough to burnish its inflation-hedge status, while Cam Harvey, a professor at Duke University and a partner at Research Affiliates, has long said that it behaves too much like a speculative asset and is prone to periodic crashes.

“The jury still seems out on Bitcoin being an inflation hedge and only time will tell,” Austin Vincent, vice president at Gullane Capital, said by phone from Memphis.

Still, Wednesday’s advance was a welcome reprieve to anyone who had been watching prices slump over the past few weeks as the Federal Reserve turns more hawkish. New retail investors haven’t been piling in since the early-December Bitcoin crash, according to a Blockforce Capital analysis that used Glassnode data. Making matters worse is that most of the short-term market participants -- who have largely come into the market in recent months -- are underwater their investments. As of Tuesday, the average price they paid was higher than the price of a single Bitcoin, Blockforce’s Brett Munster wrote in a note. 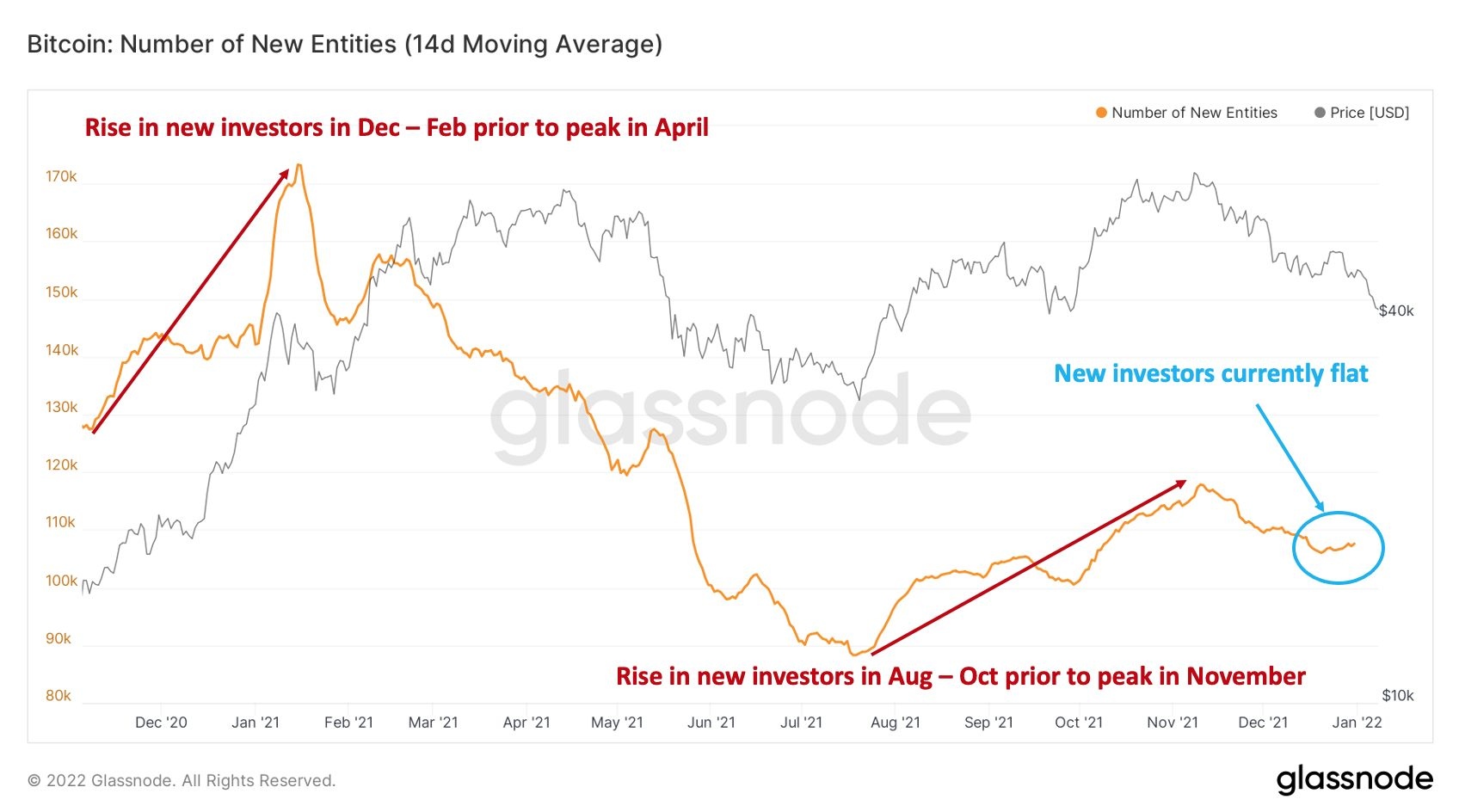 There’s a lot of resistance around US$52,000, “and until we break above it and hold, we may continue to see volatility in the short term,” Munster said. “However, if we break above and stay above it, sell pressure goes away and it becomes more likely for new participants to start entering the market again. This could trigger the price increase we have all been expecting.”