A prolonged rally in Bitcoin is giving crypto enthusiasts a smidgen of something to be happy about during a dark period for the industry.

The world's largest token has advanced for nine straight days, the longest such streak since 2020, according to data compiled by Bloomberg. Bitcoin has added almost 10 per cent this month and second-largest token Ether about 17 per cent. They both fell more than 60 per cent last year.

Bets that inflation is cooling and that the Federal Reserve will slow the pace of interest-rate hikes have helped all manner of assets at the start of 2023. For Bitcoin, the recent gains are a stark contrast to last year's slump of 64 per cent amid a series of crypto blowups, including the fall of the FTX exchange. 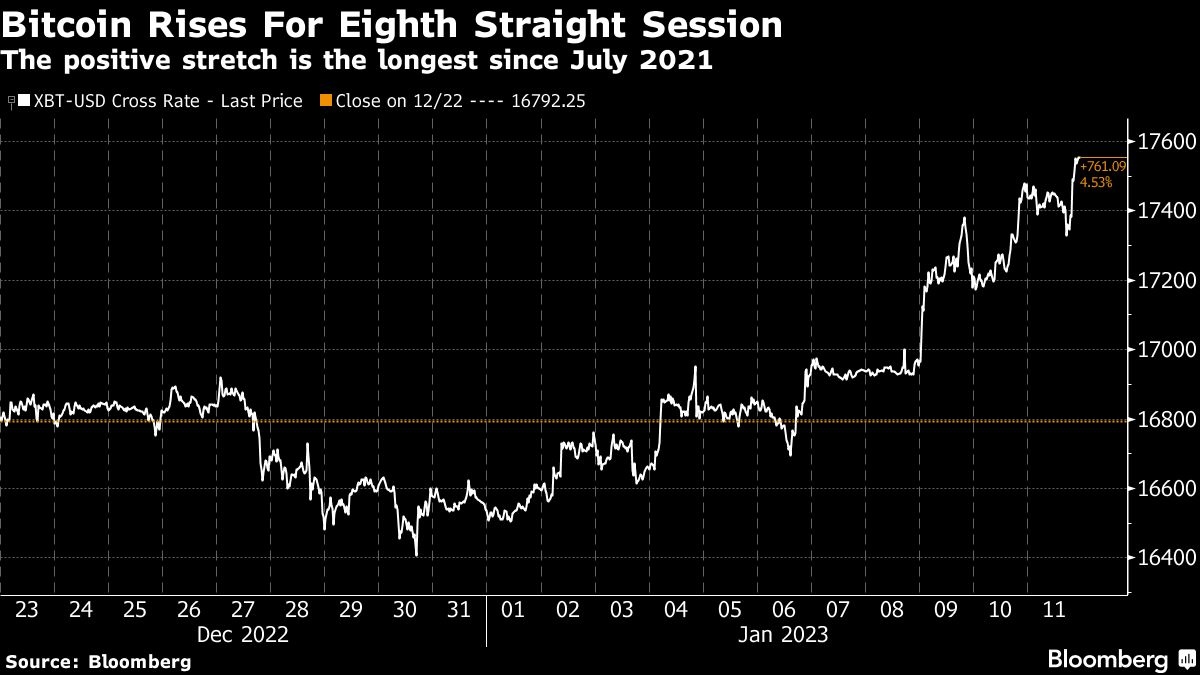 “Risk assets have been rallying, I think, for the reason that the terminal rate is coming slowly but surely into the foreground and positioning has been bearish and transitioning, which means bullish near-term price action,” said Michael Purves, founder of Tallbacken Capital Advisors.

Institutions may make a comeback once the issues overhanging the digital-asset market clear up, according to Noelle Acheson, author of the “Crypto Is Macro Now” newsletter.

“There is little doubt that large players will come back into the market when the outlook is less murky, pushing up transactions and also price,” she wrote in a note this week.