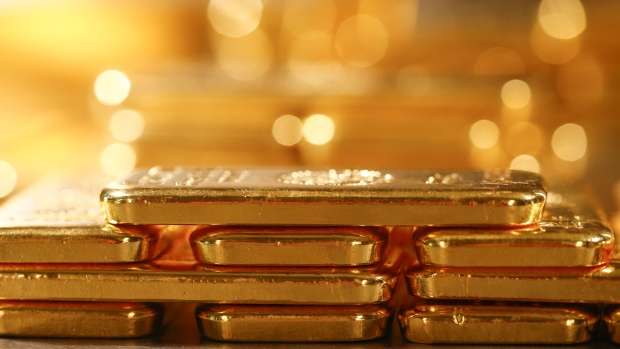 One kilogram fine gold bars sit stacked in the precious metals vault at Pro Aurum KG in Munich, Germany, on Wednesday, July 10, 2019. Gold rose for a third day after the Federal Reserve indicated that it’s preparing to cut interest rates for the first time in a decade as the global economy slows. , Bloomberg

On Tuesday, investors poured the most money into BlackRock’s iShares Gold Trust since April 2011, taking the exchange-traded fund’s bullion holdings to the highest ever. Assets in long-only ETFs linked to the precious metal totaled US$111 billion this month, the most in more than six years, according to data compiled by Bloomberg Intelligence.

Money has been pouring into gold as investors seek to protect their wealth amid mounting concerns of slowing global growth that are seen spurring monetary easing from central banks around the world. On Wednesday, the Federal Reserve is widely expected to cut U.S. borrowing costs for the first time in more than a decade, making non-interest bearing bullion more competitive against other assets.

Since the end of April, gold has rallied 11 per cent in the spot market, outpacing the 2.4 per cent rally in the S&P 500 index. Bullion is on course for its biggest three-month gain since April 2016.