42% of Canadians think economy will get stronger in next 6 months: Nik Nanos

The Bank of Canada is seeing “worrying” signs that some Canadians are taking on too much debt to buy into the nation’s hot housing market.

In an interview with the Financial Post, Governor Tiff Macklem said there is evidence that loan levels relative to home values are growing -- an indication that some borrowers could be overextending. He also warned people have begun to make purchases based on the belief prices will continue rising.

“Canadians are stretching and that is worrying.” Macklem said. “If Canadians are basing their decisions on the kinds of price increases that we’ve seen recently are going to continue indefinitely, that would be a mistake. They’re not sustainable.”

At the same time, Macklem indicated the central bank can do little given interest rates need to stay low to support the recovery.

His comments come amid increasingly urgent calls from economists for policy makers to cool the market. Over the past week, the Bank of Montreal’s Robert Kavcic and Robert Hogue at Royal Bank of Canada have issued reports warning officials they need to take steps to break the psychology of expecting continued gains in real estate. The ultimate concern is that rapid price appreciation could be destabilizing. 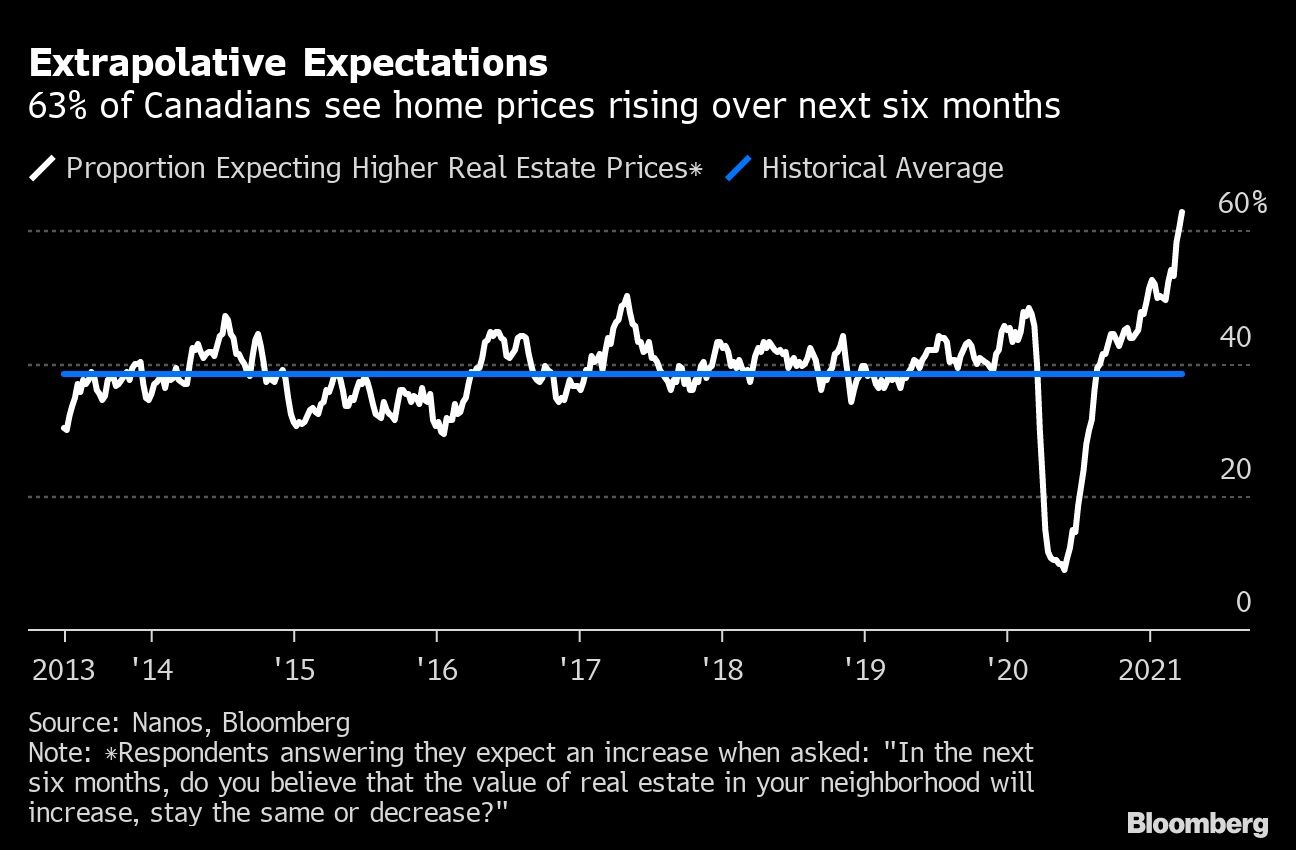 Among policies being suggested are taxes targeting speculators like the one implemented in New Zealand this month, or an end to the longstanding and popular tax exemption for capital gains on primary residences. Another idea getting attention is the elimination of blind bidding for homes that some analysts say unnecessarily inflates prices.

Both Kavcic and Hogue also identified a lack of housing supply as a major driver of the recent run up in home values.