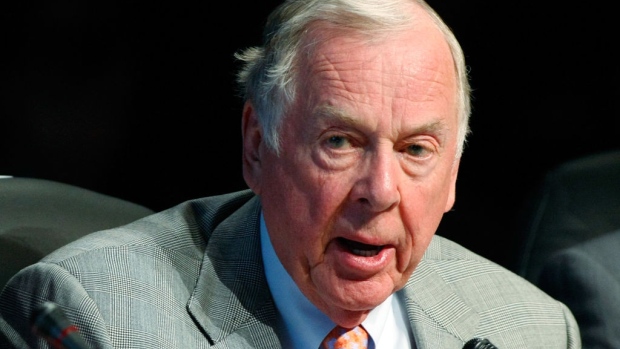 (Bloomberg) -- T. Boone Pickens was a corporate raider, an oil wildcatter and the owner of a sprawling Texas ranch with the “world’s best quail hunting.”

Pickens died Wednesday at the age of 91. His Mesa Vista Ranch, which is almost 65,000 acres, has an asking price of $250 million, one of the most expensive listings in the U.S. The ranch was first offered for sale in 2017, and Sam Middleton, who is marketing the property for Chas. S. Middleton & Son, said Pickens’ death probably won’t change sale plans.

Located about 85 miles (135 kilometers) northeast of Amarillo in the Texas Panhandle, the ranch is a short flight -- via its own airport -- to games at Oklahoma State University’s Boone Pickens Stadium.

The property features multiple structures, including the chapel where Pickens married his fifth wife in 2014 (they were divorced in 2017). It also has a golf course, two-story pub, gun room, dog kennel and movie theater. And as is befitting an energy tycoon, the ranch conveys both oil and gas royalty income and rights from wind generation royalties.

The property is also being marketed by Hall & Hall, which declined to comment.

If you needed another reason to buy -- the ranch comes pre-equipped with pickup trucks, farming equipment and bird dogs.

To contact the editors responsible for this story: Tina Davis at tinadavis@bloomberg.net, Joe Richter