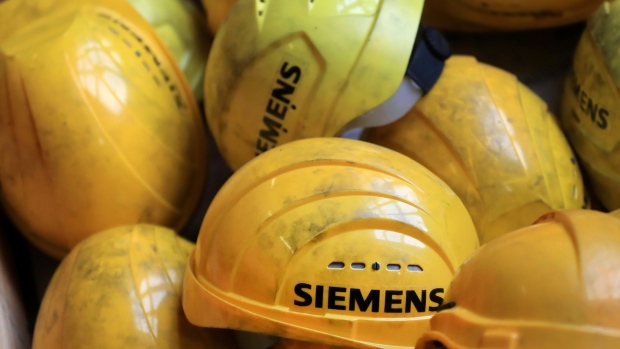 Brookfield Asset Management Inc. and Carlyle Group Inc. are the final bidders for Siemens AG’s mechanical drive unit, according to people familiar with the matter, in a deal that could fetch as much as 2 billion euros (US$2.4 billion) for the German industrial conglomerate.

The investment firms beat out rival suitors to progress to the final bid round for the Flender business, the people said, asking not to be identified as the matter is private. Siemens is expected to make a final decision as soon as this month and could still pursue other options for Flender, including a spinoff, the people said.

Representatives for Brookfield, Carlyle and Siemens declined to comment.

Flender, which Siemens bought from Citigroup Inc. in 2005, makes gears and transmissions used in everything from cement production and shipbuilding to beermaking and offshore oil extraction. Siemens picked Bank of America Corp. and Citigroup to help explore a spinoff of the unit in May, Bloomberg News reported at the time. It entertained parallel conversations with private equity firms about a potential sale.

Any disposal of Bocholt, Germany-based Flender will mark one of the final acts by Siemens’s Chief Executive Officer Joe Kaeser to turn one of Europe’s largest industrial manufacturers into a more manageable entity for his successor Roland Busch. Last month, the company listed Siemens Energy AG, whose technology is behind roughly one-sixth of the world’s electricity.

The European industrials sector has been a bright spot for dealmakers in a drab year for mergers and acquisitions. There has been US$124 billion worth of transactions involving European industrials companies so far in 2020, according to data compiled by Bloomberg. That’s 6 per cent up on the same period in 2019.