The majority of people will want to be in an office in 2021: RioCan CEO

With the pandemic intensifying the plight of U.S. retailers, companies from J. Crew Group Inc. to the owner of Ann Taylor are using Chapter 11 bankruptcy filings to quickly get out of costly, long-term leases and shutter thousands of stores.

By seeking court protection, firms like Neiman Marcus Group Inc. and the parent company of Men’s Wearhouse avoid the headache of protracted negotiations with individual landlords. But the moves threaten to upend huge swaths of the real estate market and the half-trillion dollar market for commercial mortgage-backed securities.

“This is now black-letter law -- a debtor can cram down a landlord,” said Melanie Cyganowski, a former bankruptcy judge who’s now a partner at law firm Otterbourg PC. “If this becomes a tsunami of retailers rejecting their leases, it’s going to trigger another part of the sea change -- the mortgages held by the landlords.”

As bankrupt firms like J.C. Penney Co. and Brooks Brothers Group Inc. look to jettison leases, landlords are already feeling the consequences. CBL & Associates Properties Inc., owner of more than 100 shopping centers in the U.S., is preparing its own bankruptcy filing after rent collections cratered. And 16 per cent of retail property loans bundled into CMBS were delinquent in July, according to research firm Trepp.

At least 25 major retailers have filed for bankruptcy this year, according to data compiled by Bloomberg. The most recent additions include Tailored Brands Inc., owner of Men’s Wearhouse and Jos. A. Bank, which is seeking to close about a third of its more than 1,200 stores, and Lord & Taylor parent company Le Tote, which said it could shut down all of the department store’s remaining locations.

“It’s economical, it’s efficient and it allows retailers to rationalize their footprint quickly,” said Fred Ringel, co-chair of the business finance and restructuring practice at the law firm Robinson Brog Leinwand Greene Genovese & Gluck P.C. Ringel, who works for landlords, said he’s busier than ever renegotiating leases and in some cases persuading tenants to forgo cancellations and stay under modified terms. 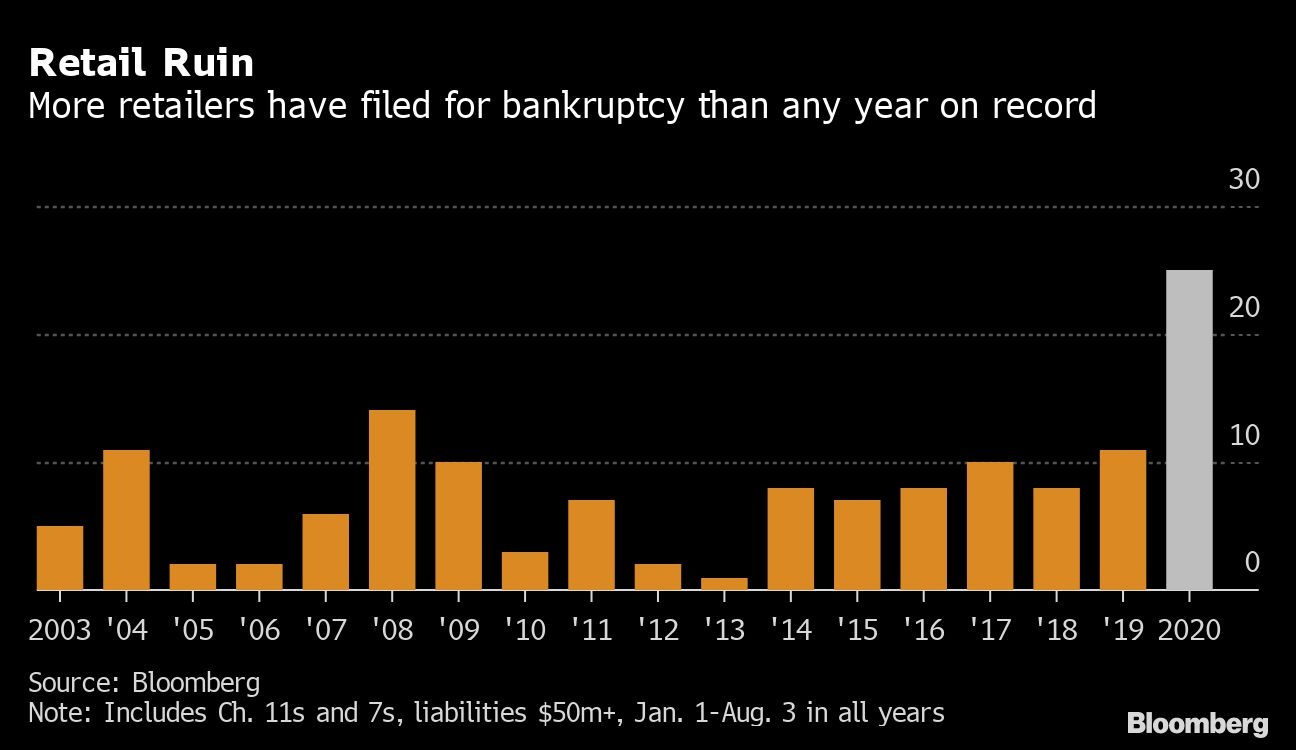 Take vitamin retailer GNC Holdings Inc. It operates hundreds of stores across the country, mostly in strip malls. Since filing for bankruptcy in June, GNC has asked to reject at least 500 leases, along with more than 50 franchise agreements and subleases, according to court records.

Meanwhile, CEC Entertainment Inc., the parent company of Chuck E. Cheese, is negotiating with its landlords after its June bankruptcy filing. It won court approval this week to defer rent payments as it evaluates which locations it wants to keep open.

And the U.S. unit of Spanish retailer Desigual said it was forced to file after struggling to get rent abatements from its landlords. “Unfortunately, DUSA had little success in getting landlords to realize the new reality that most tenants -- especially those in retail -- cannot afford to pay pre-COVID-19 rent,” a representative for the firm said in court papers.

Landlords, in turn, have their own mortgages to worry about, which were also underwritten with pre-pandemic assumptions about rent collections. Amid the stress, Barry Sternlicht’s Starwood Capital Group missed payments on securitized debt linked to five shopping malls, and Saks owner Hudson’s Bay Co. also skipped interest due on certain CMBS. Delinquencies on retail mortgages bundled into bonds climbed to 16 per cent in July, from 3.8 per cent in January, according to Trepp.

Some retailers can work out rent abatements and other lease modifications including terminations without filing for bankruptcy. However, negotiating hundreds of deals outside of a court process can be challenging, especially for big retail chains that may have hundreds of landlords to deal with, said Navin Nagrani, an executive vice president at Hilco Real Estate.

Bankruptcy flips the power from landlords to tenants. Retailers can legally reject a swath of leases in court, sometimes leaving building owners to collect just pennies on the dollar. Firms can also sell off favorable contracts to other parties to help repay creditors.

“Sometimes a bankruptcy is the most advantageous way to get out of those leases,” Nagrani said. 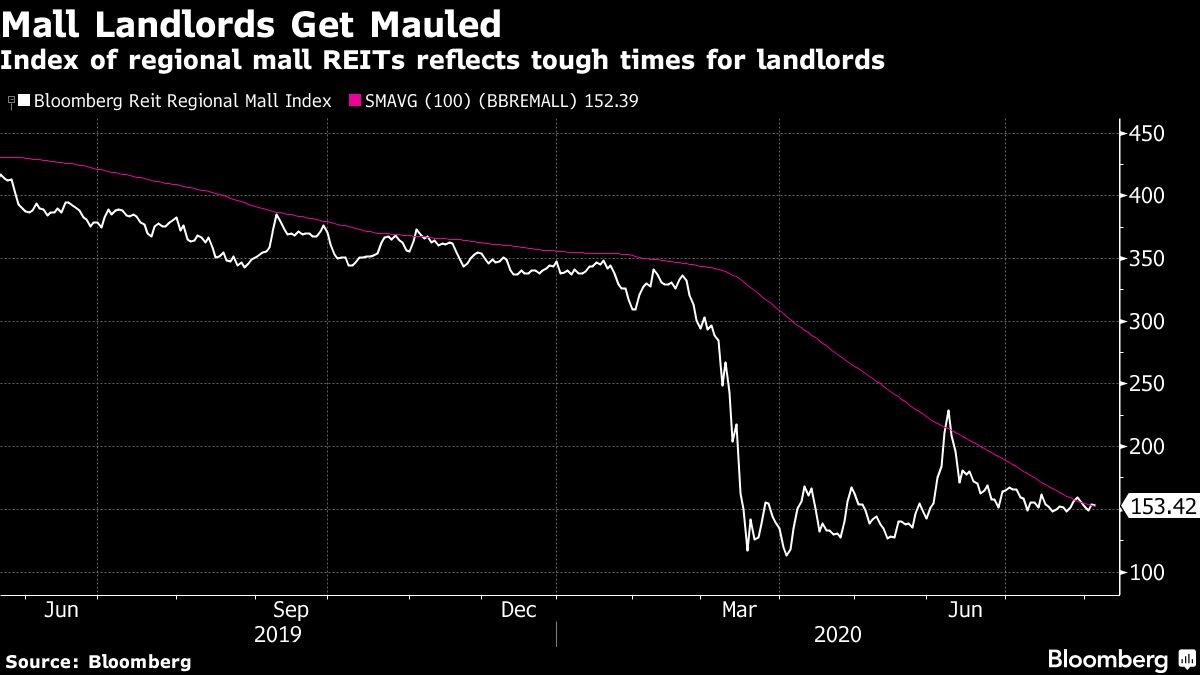 More than half of mall department stores could close for good by the end of 2021, according to an April report from real estate research firm Green Street Advisors. J.C. Penney said last month that it would shutter more than 150 locations, while Neiman Marcus plans to pull out of New York’s Hudson Yards development and close three other U.S. locations.

The closures so far are “just the tip of the iceberg,” said Garrick Brown, head of Americas retail research for Cushman & Wakefield. Over the next two years, at least 1.2 billion of square feet -- 10% of already-occupied store real estate -- will go vacant, he said. “Worst-case scenario, that could double.”