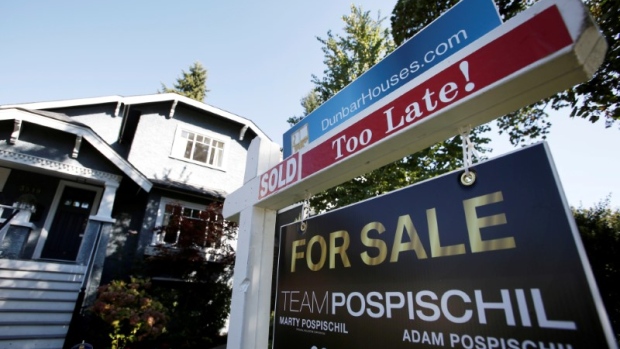 OTTAWA - Canada's long housing boom has drawn thousands into the sector, from realtors and home stagers to construction workers, and a looming slowdown threatens to trigger an exodus that could wipe out many of those jobs and force the economy to shift down.

While housing has long been the main engine of Canadian growth, economists say a drop in home sales has already started to weigh on the economy and if price declines follow, consumer spending and jobs will suffer.

"To a lot of people, it is a get-rich-quick scheme," Toronto realtor David Fleming said about the real estate market. "But history shows when the market turns, half of the agents leave."

Realtors' ranks in Canada's largest city and hottest housing market have surged 77 per cent since 2008 to more than 48,000 - nearly 10 times the pace of Canadian job growth. Nationwide, that number has risen 26.9 per cent.

By comparison, there are over 13,500 realtors in Chicago, according to the Chicago Association of Realtors.

With Canadian home construction jobs rising at nearly the same pace as real estate jobs, housing has become the top driver of employment and economic growth, accounting for the bulk of Canada's economic growth last year.

As the nearly one million housing sector jobs now far outstrip those in oil and gas extraction and mining combined and approach the size of the manufacturing sector, economists brace for a painful reckoning if the housing slowdown turns into a long correction.

More than half of the analysts polled by Reuters in May said a sharp housing correction was somewhat or very likely in Toronto and Vancouver, but unlikely nationally.

Recent data showed nation-wide home resales fell 6.7 per cent in June, the largest monthly drop since 2010 and the third straight monthly decline as sales in Toronto tumbled, and sales are expected to slow further as interest rates rise.

While most housing bears have been focusing on how much home prices could drop, economists are also trying to work out how badly a resulting decline in consumer spending and housing jobs could hurt the broad economy.

"The jobs slowdown will not occur in a single month, but over a six-month to one-year period," said Frances Donald, senior economist at Manulife Asset Management. "And the hit to consumption may take up to two years to really be felt."

David Madani, economist at Capital Economics in Toronto and a well-known housing bear who predicts prices will drop by as much as 40 per cent, expects the fallout will be deeper and last longer, reducing Canada's annual growth rate by half a percentage point over the next five years.

With the central bank forecasting GDP growth of just 2.0 per cent in 2018 and 1.6 per cent in 2019, such a drag could bring the economy closer to recession.

Veteran realtors who have seen the industry swell with inexperienced agents have no doubts that a slowdown will decimate their ranks.

"It is definitely overpopulated," said Shawn Zigelstein, a realtor in the York Region, north of Toronto. "A downturn will weed out of some of those agents who got into the business for the wrong reasons."

Already, many realtors are struggling in the crowded market. Nearly half of Toronto's licensed realtors did fewer than two deals last year, according to Brian Torry, general manager at Bosley Real Estate in Toronto. Less than a third did five or more transactions.

"It is a tough industry to break into," said Jared Gardner, 38, who got his real estate license last year and works in the Toronto area.

Fleming believes many agents are already making less than minimum wage once license, membership and brokerage fees are paid, and it can only get tougher if sales continue to dry up.

Following an oil price slump in 2015, sales in Calgary's once booming housing market fell 5.5 per cent from 2015 to 2016 and only have begun to stabilize, according to the Calgary Real Estate Board. There are 5.4 per cent fewer realtors in the city now than there were in 2008.

Alberta's experience serves as a reminder of what could be next for Toronto and Vancouver, where housing buoyed local economies and job markets for eight years.

History also carries a warning. In Canada's last major housing downturn, real estate employment plunged 18 per cent between 1989 and 1992 and took until 1997 to recover, according to Statistics Canada.

"We've had a multiple-year expansion driven by housing, and we're probably going to have a multi-year headwind to growth driven by a decline in housing," said Manulife's Donald.