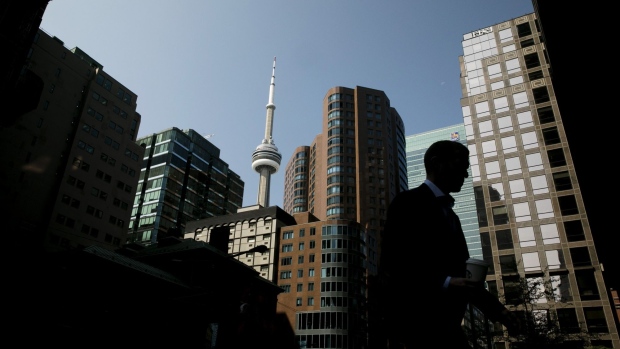 A pedestrian crosses a street in front of the CN Tower in the financial district of Toronto, Ontario, Canada, on Thursday, July 25, 2019. Canadian stocks fell as tech heavyweight Shopify Inc. weighed on the benchmark and investors continued to flee pot companies. , Bloomberg

TORONTO - Canadian technology leaders have formed a new organization to eliminate racism and discrimination from the country's innovation sector.

The coalition says it will create pathways for those who are Black or people of colour with the goal of ending systemic racism within the innovation economy.

The coalition is made up of leaders from companies including KPMG, OMERS, MaRS, HP Canada, Wattpad, Maple Leaf Sports and Entertainment, Ryerson University and the City of Toronto.

The coalition says it will focus most on youth skills development, job opportunities, venture and founder support, investment, funding and community leadership.