Three ways the everyday Canadian can save money in a recession

Canadians say their personal finances haven’t been this bad in more than a decade, as they cope with falling prices for homes and rising prices for everything else.

In weekly polling by Nanos Research for Bloomberg News, 47 per cent of respondents said their finances have worsened over the past year.

That’s the highest-ever reading for this question in surveys going back to 2008, surpassing the depths of the pandemic and the global financial crisis. Only 13 per cent said their finances have improved. 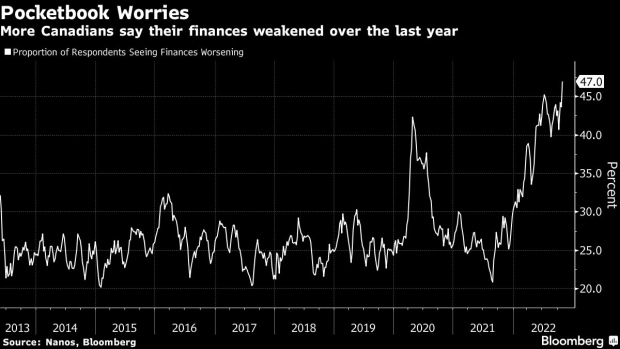 Highlights from the latest data: