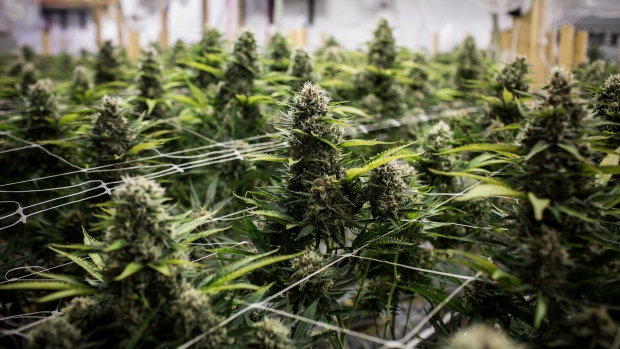 There may be trouble ahead for the growing number of exchange-traded funds that invest in cannabis companies.

Pot ETFs face a “day of reckoning” within the next couple of years as investor interest in the industry -- which has returned more than 30 per cent in 2019 -- begins to fade, according to Daniel Straus, vice president of ETFs and financial products research at National Bank of Canada.

That’s bad news for the many asset managers that have only recently looked to capitalize on investor enthusiasm for weed, as its use for medical and recreational purposes becomes increasingly mainstream. At least nine ETFs in the U.S. and Canada currently invest in pot stocks, while another two are seeking approval to list in the U.S.

“The risk may be to the starry-eyed fund provider who thinks putting a marijuana ETF out there is an easy path to asset gathering,” said Straus. “When people find marijuana investing boring, many of these smaller products will close shop.”

Ironically, success lies at the root of the problem. The world’s first pot ETF -- the $836 million Horizons Marijuana Life Sciences Index ETF -- managed more than $100 million just days after it began trading in Toronto in April 2017. The $1.2 billion ETFMG Alternative Harvest ETF, known as MJ, saw a similarly meteoric rise in the U.S., adding more than $200 million the week after it controversially switched its focus from Latin American real-estate.

That rapid asset accrual has whetted the appetite of others. Global X Management Co., one of the 20 largest U.S. issuers, now wants to start a fund that invests in companies deriving at least 50 per cent of their revenue from cannabis. And OBP Capital, a unit of The Nottingham Co., plans to create a fund that will invest in legal cannabis, according to a June filing.

“Typically in a thematic area there’s only room for two, maybe three big successes and then the law of diminishing returns kicks in,” said Bloomberg Intelligence analyst Eric Balchunas.

Funds on the market are already trying to elevate their profiles to preserve hard-won gains. MJ’s issuer is looking to gin up enthusiasm for its fund by becoming the official training sponsor of Alexey Oleynik, the ninth-ranked heavyweight in the Ultimate Fighting Championship, a mixed-martial arts organization.

The AdvisorShares Pure Cannabis ETF meanwhile debuted in April with the ticker YOLO, an abbreviation for the millennial adage “you only live once,” and undercut older competitors on price. North of the border, Horizons ETFs Management Canada launched the first leveraged and inverse pot funds.

But political and regulatory risks could still put a brake on proliferation. While Illinois became the 11th U.S. state to legalize recreational cannabis in May, the federal government still classifies marijuana as an illicit substance, prompting many American banks and institutional investors to steer clear of pot funds.

Still, there seems to be enough demand to keep the flow of new funds coming. The question is whether investors will ultimately stick around.

“First-mover advantage probably is enough to open the floodgates but then performance will, as time goes on, determine where the tide really flows,” said Straus. “I do think that a day of reckoning will come.”