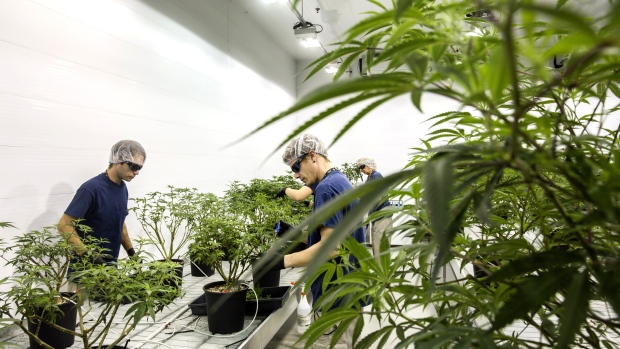 Canopy Growth Corp. is laying off 200 people in its Canadian, U.K. and U.S. operations as the pot giant continues to refocus its business and cut costs.

The company confirmed to BNN Bloomberg Wednesday that the workforce departures come on top  of previous layoff announcements that were part of a broad strategy that began after Canopy's new chief executive officer, David Klein, took on his role in January.

"Although difficult, the decisions that have been made over the last few months are to allow Canopy Growth to remain focused on the areas where we are winning and ensure that we are delivering the highest quality products to our consumers in every market where we operate," Klein said in a statement.

"For a long time Canopy has prioritized doing things first, but going forward we’ll be focused on doing things the best in the markets and in the product formats that show the greatest promise."

Canopy didn't specify which departments would be subject to staff reductions, but one person familiar with the matter said a significant number of jobs eliminated were from the company's marketing department.

Earlier this month, Canopy said it would lay off 85 staff members as part of a plan to pare some of its global operations in Africa, South America, and the U.S. The company also said it would temporarily lay off 200 retail staff due to COVID-19 this month. It also closed two large B.C. greenhouses in March, which reduced its workforce by 500.

Canopy will report its next quarterly results on May 29 and has said expects to book impairment charges ranging between $700 million to $800 million in the quarter.