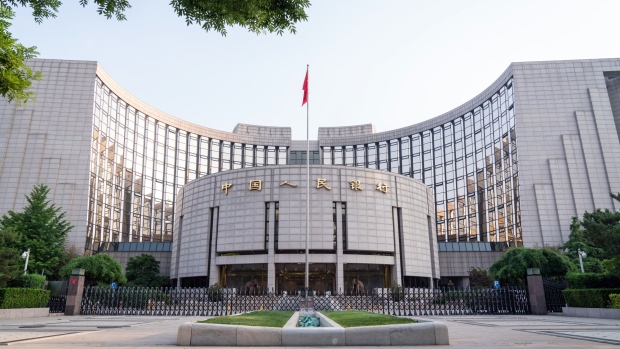 (Bloomberg) -- China’s central bank vowed to maintain heavy regulatory pressure on cryptocurrency trading and speculation after escalating its clampdown in the sector earlier this year.

The People’s Bank of China will also supervise financial platform companies to rectify their practices according to regulations, it said in a statement on Saturday. Policy makers met on Friday to discuss work priorities for the second half of the year.

China launched its most intense crackdown on crypto trading and mining since 2017 in recent months, after a surge in Bitcoin and other tokens heightened authorities’ concerns over risks of fraud, money laundering and excessive energy usage. It also imposed a series of regulatory actions targeting monopolistic behavior at online payment platforms such as Ant Group Co. over the past year.

The central bank will act to prevent major financial risks and push to lower the number of high-risk financial institutions in key provinces, according to the statement. It will also accelerate its work to create a financial stability law, which was proposed by Deputy Governor Liu Guiping in March.

The PBOC reiterated that its prudent monetary policy will be flexible, targeted, reasonable and appropriate. It vowed to implement a good “cross-cyclical” policy design, a term widely interpreted to mean authorities will use a longer time frame when considering policy support and will avoid overstimulating the economy.