'I think it’s reached a crisis point': Lloyd Robertson on the rail blockades

Blockades set up by anti-pipeline protesters have forced Canadian National Railway Co. to shut down its entire network in Eastern Canada and Via Rail to cancel passenger service across the country.

CN said Thursday that the company must initiate a “disciplined and progressive” shutdown in the East and stop and safely secure all transcontinental trains across its Canadian network.

Via Rail said it has no other option but to cancel all service on CN track in Canada. There were no more departures as of 4 p.m. eastern and all trains en route were brought to the closest major train station.

“We understand the impact this unfortunate situation has on our passengers and regret the significant inconvenience this is causing to their travel plans,” Via said in a news release.

Protesters across Canada say they're acting in solidarity with those opposed to the construction of the Coastal GasLink pipeline, which would cross the traditional territories of the Wet'suwet'en First Nation in northern B.C.

CN said its shutdown may lead to temporary layoffs for eastern Canadian staff.

It has sought and obtained court orders and requested the assistance of enforcement agencies for blockades in three provinces, but while blockades have been dismantled in Manitoba and may be ending imminently in B.C., a court order in Ontario has yet to be enforced.

"Ridiculous behaviour." "What’s going on?" "This is a good case of insanity." That’s a sample of what some of Canada’s top corporate executives have said on BNN Bloomberg this week amid disbelief that blockades snarling rail traffic have been allowed to drag on.

More than 400 trains have been cancelled over the last week, said JJ Ruest, CN's president and chief executive officer, in a news release.

“This situation is regrettable for its impact on the economy and on our railroaders as these protests are unrelated to CN's activities, and beyond our control. Our shutdown will be progressive and methodical to ensure that we are well set up for recovery, which will come when the illegal blockades end completely.”

He said while Via service will be discontinued across CN's network, commuter rail services such as Metrolinx and Exo can keep operating as long as they do so safely.

Prime Minister Justin Trudeau told reporters after landing in Munich, Germany, that his government is monitoring the situation very closely and he had a long and productive conversation with B.C. Premier John Horgan on the plane.

“We're concerned with the rule of law and we need to make sure that those laws are followed,” Trudeau said.

The B.C. and federal governments have agreed to meet with Gitxsan and Wet'suwet'en hereditary chiefs to discuss a blockade near New Hazelton, B.C.

Gitxsan hereditary chief Norm Stephens said the blockade will be dismantled during the talks but if the province doesn't agree to cancel Coastal GasLink's permit then it may go back up.

Transport Minister Marc Garneau said he is deeply concerned by the impact of the decision CN was forced to make and its effect on Via Rail.

“A safe and efficient passenger and freight rail service is critical to the well-being of our country,” Garneau said on Twitter.

Garneau said he would be meeting with his provincial counterparts and Indigenous groups on Friday to discuss a way forward.

He said all parties must engage in open and respectful dialogue to ensure this situation is resolved peacefully.

“We are encouraged by the progress on the blockade in New Hazelton. This is a positive development and we are actively working for a similar resolution on all remaining blockades.” 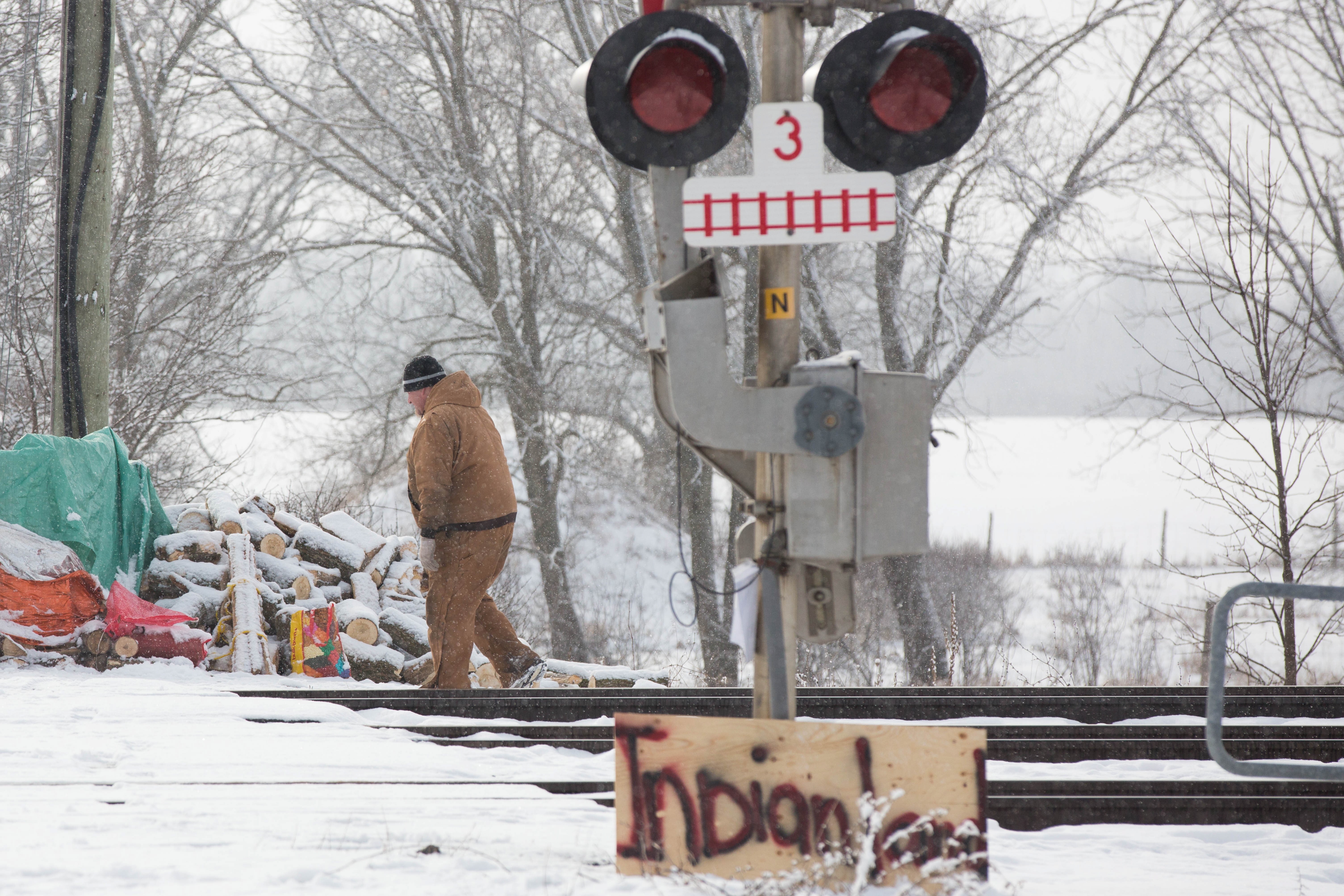 Are you satisfied with how the federal government and law enforcement are handling the blockades?

Coastal GasLink has signed agreements with all 20 elected band councils along the pipeline route but the Wet'suwet'en hereditary chiefs say councils only have authority over reserve lands, not traditional territories that have never been ceded through a treaty.

“They got that permit by consulting with the band council,” said Stephens. “They have no authority on the hereditary chiefs' land.”

Indigenous Services Minister Marc Miller is also setting up a meeting with Indigenous leaders in an effort to halt a blockade near Belleville, Ont., which he called a “highly volatile situation.”

Tyendinaga Mohawk Chief Donald Maracle said he expects the meeting will proceed but he can't comment on Miller's request to end the blockade because it wasn't initiated by his council.

Railway shippers called on the prime minister to “act decisively” to prevent a complete shutdown of Canada's rail system.

Delays caused by the blockades will have immediate consequences for farmers across the country, said Grain Growers of Canada chairman Jeff Nielsen.

“We are an industry that relies on export markets in order to survive and thrive. Without access to these markets via rail, we risk compounding further losses on top of what has already been a harvest from hell,” he said in a news release.

Canada's forest products sector is responsible for 10 per cent of total tonnage moved along the country's railway lines.

“Some companies are now in a position that they can't guarantee delivery dates to customers - a massive business risk and a dark cloud over Canada's reputation as a reliable trading partner,” said Derek Nighbor, president and CEO of Forest Products Association of Canada.

Teamsters Canada, the country's largest union in the transportation sector, also called on the federal government to intervene.

“Hundreds of our members have been out of work close to week. Now up to 6,000 of our members risk not being able to support their families or make ends meet this month, and they are powerless to do anything about it,” said National President Francois Laporte.

Passengers dealing with cancelled Via Rail trains at Toronto's Union Station were disappointed but calm on Thursday evening. Ethan Sun and Angi Xhang, a Toronto-based couple, were headed to Montreal for a Valentine's Day getaway. That route has been down for days, unbeknownst to them.

“We're obviously very frustrated and disappointed, because we have our entire trip planned and we're very excited for it, and it's a long weekend,” said Xhang.

Jane Gooder was trying to get home to London, Ont., after working in Toronto through the week.

She said she's found someone to come pick her up, but she was “gobsmacked” when she first heard all trains were cancelled.

“I just thought, 'Where do I start? Do I stay over?' And then they said, 'Even if you stay over the next day there's no guarantee, this could go on to next week,' ” she said.

In Manitoba, protesters dismantled a blockade on an east-west CN Rail line near Winnipeg due to a court injunction but insisted that there would be more action to come.

Protesters in B.C. planned mass demonstrations at numerous government buildings on Friday, days after hundreds blocked the entrances to the legislature and chanted “Shame.”

However, a B.C. Supreme Court judge granted the province an injunction on Thursday afternoon authorizing police to arrest and remove anyone blocking entrances at the legislature.

- With files from Chris Purdy in Edmonton, Mia Rabson in Munich, Germany, Nicole Thompson and Ross Marowits in Toronto, David Reevely in Ottawa, Camille Bains in Vancouver and Dirk Meissner in Victoria.