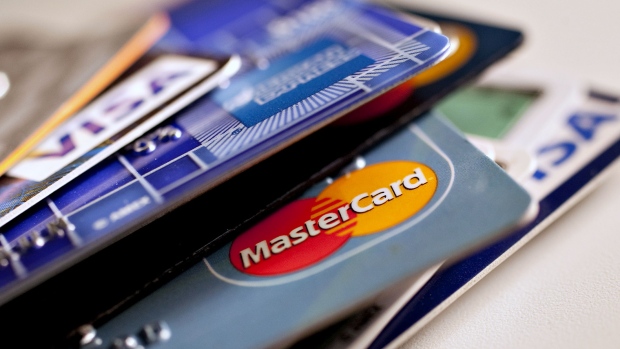 Canadian consumers filed the most insolvencies in eight years in March, an indication record debt levels may be catching up with an increasing number of households.

The Office of the Superintendent of Bankruptcies reported consumer insolvencies rose 5.7 per cent to 11,963 in March, compared with 11,315 in the same month a year earlier. It was the highest volume of filings in any month since March 2011.

After declining for years, insolvencies are beginning to tick up again, stoking concern the country’s record level household debt -- $2.17 trillion at the end of the first quarter -- is unsustainable. In volume terms, however, insolvencies are still well below the peak of more than 15,000 reached in September 2009, in the aftermath of the financial crisis.

Insolvencies include bankruptcies and proposals. Consumer bankruptcies fell 3.9 per cent in March from a year earlier, while proposals, where the debtor agrees with creditors to pay a certain proportion of what’s owed, climbed 12.9 per cent, the OSB reported.

On a regional basis, the rate of increase was highest in Manitoba, where consumer insolvencies jumped 29 per cent to 276. Alberta saw a 9 per cent increase to 1,430, while filings in Ontario advanced 7.3 per cent to 3,831.