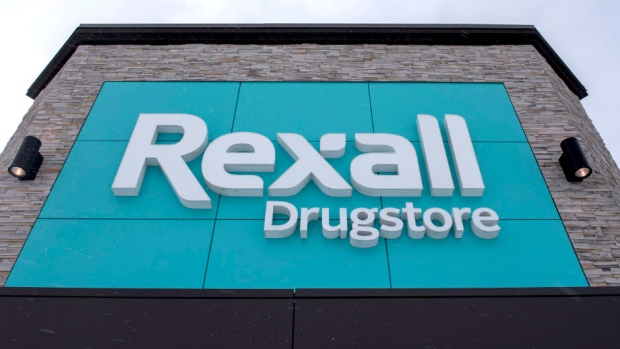 TORONTO - Some Ontario pharmacies started offering COVID-19 tests on Friday as the province tries to ease the burden on busy assessment centres.

The appointment-only tests, however, can only be requested by certain asymptomatic individuals - and just who qualifies and how they can get the test was already causing some confusion.

One woman alerted to possible exposure by the COVID Alert app lined up to get a test before a Shoppers Drug Mart opened at 8 a.m. in downtown Toronto but learned she wasn't eligible.

Laura Smith said she also didn't realize pharmacy testing was by appointment only, and that she struggled to find information after getting the alert Thursday night.

“I didn't see where to schedule so I came by,” said Smith, who said it was her first time trying to get tested.

“Now I know,” she said with a shrug, adding that she planned to head to an assessment centre to wait in line.

The pharmacy tests - available at up to 60 locations across Ontario - are being offered to select asymptomatic individuals, such as those with loved ones in long-term care homes, close contacts of a case or high-risk workers

John Papastergiou, a pharmacy owner at another Shoppers Drug Mart in Toronto, said his team was prepared for logistical issues and said pharmacies have had to move quickly to adapt to the pandemic.

“We're trying to use an appointment model so we don't have people congregating at the pharmacy, that's very important,” said Papastergiou.

“We're emphasizing that this is for asymptomatic patients that need to be pre-screened, you can't just drop in.”

He said his team was prepared to welcome their first patient later Friday morning, and said the swab that pharmacies will deploy for the tests are particularly easy for staff to use.

The testing swab most Ontarians are familiar with goes deep into the nose, but the ones that pharmacies are offering only touch closer to the end of the nostrils.

“It's a much, much simpler swab to administer, more comfortable on the patient and easier to do in the pharmacy as well,” said Papastergiou.

The launch of pharmacy screening comes a day after the provincial government changed its guidelines around who can get a test in the province.

Premier Doug Ford had previously said anyone who wanted a test could get one at an assessment centre but announced Thursday that those without symptoms should stay away from the testing sites, with some exceptions.

That means some people with no symptoms who want reassurance they don't have the virus will not have access to testing offered by the province.

Ontario reported 409 new cases of COVID-19 Friday, and one new death related to the virus.

The province said it processed 41,865 tests over the previous day, with another 65,227 under investigation.

Health Minister Christine Elliott said 204 of the new cases were in Toronto, while 66 were in Peel Region, and 40 were in Ottawa.

The government also reported 29 new cases related to schools, including at least 10 among students. Those bring the number of schools with a reported case to 198 out of Ontario's 4,828 publicly-funded schools.