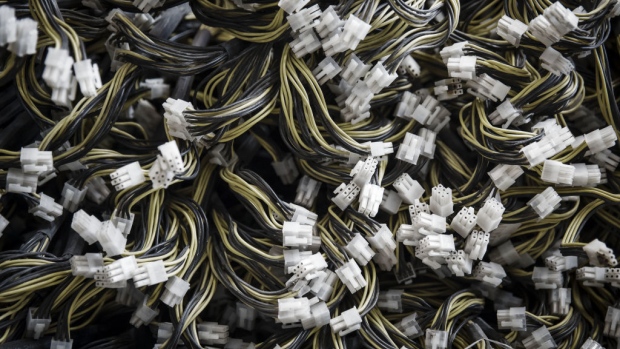 A venture between an exchange and a messaging service is introducing block trades to cryptocurrency derivatives, seeking to drive the market closer to the mainstream.

Deribit, an exchange for futures and options on Bitcoin and Ethereum, is partnering with Paradigm, a messaging service for institutional traders, for what it says is the first such offering from a crypto exchange. Contracts can be entered into bilaterally and then settled and cleared at Deribit, which has an insurance fund designed to cover losses from bankrupt traders.

Deribit has set a minimum size for its block trades at 40 Bitcoin and 800 Ether, or approximately US$400,000 and US$150,000, for options contracts tied to those digital currencies, according to Deribit Chief Executive Officer John Jansen. Ten of the largest crypto trading firms have signed up to the service. Paradigm founder Anand Gomes only named one: QCP Capital.

While Deribit, which was founded in 2016, is based in Amsterdam, it’s not regulated by the Dutch authorities because its contracts pay out in cryptocurrency; Dutch law defines a derivative as a cash-settled contract, said Marius Jansen, the company’s chief operating officer and the CEO’s brother.

Block trades are prevalent in larger options markets where companies and institutional traders seek to execute big-volume transactions at a single agreed price and out of the public eye. The initiative is part of a broader effort to create a professional market for crypto derivatives.

The venture is also a bet that, as is the case in other sectors, crypto derivatives will eventually exceed the size of the underlying market. While average daily volumes in Bitcoin options grew from US$10 million in February to US$40 million in July, they remain a fraction of the approximate US$3 billion in Bitcoin that changes hands daily, according to crypto derivatives data company Skew.