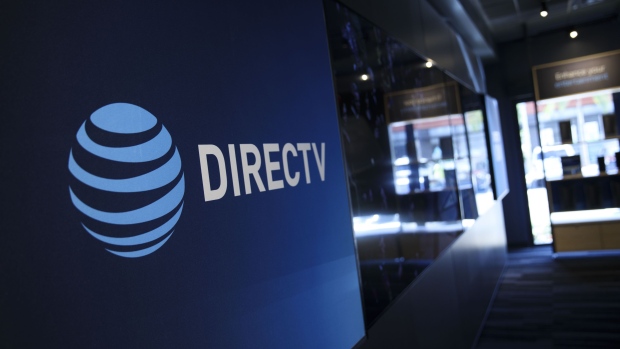 A satellite operated by AT&T Inc.’s DirecTV unit is in danger of exploding and needs to be moved away from an orbital zone occupied by other big communications satellites.

There’s “a significant risk” that battery cells aboard Spaceway-1 could burst, DirecTV said in a filing with the U.S. Federal Communications Commission seeking permission to conduct an emergency operation to reduce risks of an accidental explosion.

Spaceway-1, made by Boeing Co. and launched in 2005, provides backup coverage for television viewers in Alaska. Its operations have been terminated and no customers were affected, the company said in the Jan. 19 filing with the FCC.

The agency said it granted DirecTV’s request to move the satellite to an area away from operating spacecraft known as an orbital graveyard, and to do so quickly without venting all its fuel as is usually required.

“This satellite is a backup and we do not anticipate any impacts on consumer service as we retire it,” AT&T said in a statement. “We are replacing it with another satellite in our fleet.”

Boeing’s Faulty Optimism on the Return of the 737 Max: Timeline

The failure is another headache for the AT&T entertainment unit that has been losing subscribers and another bruise for Boeing which is being battered by its crisis over two crashes of its 737 Max jetliner.

“The battery malfunction occurred in the course of beyond-contract-life operation after a collection of events that have a very low likelihood of occurring on other satellites,” Boeing said in a statement.

An explosion could spew wreckage that damages other orbiting spacecraft. The American military tracks about 23,000 man-made objects in orbit, the FCC said in 2018 as it began examining how to mitigate space debris.

Objects greater than one centimeter in diameter can cause catastrophic damage to spacecraft, the agency said. It added that satellite breakups have been a “significant contributor” to orbital debris, including an accidental collision in 2009.

“This is part of the overall ‘space junk’ problem and one that could affect everyone’s ability to operate in space,” Howard McCurdy, a professor at American University in Washington, who studies space policy, said in an email.

DirecTV said the Spaceway-1 in December “suffered a major anomaly” causing irreversible damage to its batteries. The spacecraft is being operated only on solar power.

“The risk of a catastrophic battery failure makes it urgent” to finish maneuvers before Feb. 25 when the satellite’s orbit carries it into the Earth’s shadow, leaving solar power useless and forcing reliance on batteries, DirecTV said in the filing.

It plans to stash the inert, crippled satellite 186 miles, or 300 kilometers, above the geostationary arc, a zone where satellites maintain position over one spot on the globe. DirecTV said it can vent “only a nominal portion” of the 160 pounds (73 kilograms) of fuel on board before the satellite stops operating.

A battery explosion “is not a small thing you can brush aside,” said Roger Thompson, senior engineering specialist with The Aerospace Corp., a federally funded nonprofit research corporation. NASA, the U.S. space agency, has counted nine battery explosions in orbit that produced 1,562 fragments, Thompson said in an interview.

DirecTV is “kind of painted into a corner,” Thompson said.

Normally fuel is vented to void tanks and leave none that could pose a risk of explosion. With its fuel remaining on board, Spaceway-1 will pose a small but lingering risk of an explosion, perhaps sparked by a meteorite, that could rain debris into the zone populated by communications satellites below, according to Ted Muelhaupt, who manages Aerospace Corp.’s Center for Orbital and Reentry Debris Studies.

“The risk is really not that high to other spacecraft,” Muelhaupt said. “But it’s persistent.”

The afflicted satellite is part of an older generation that’s been superseded by newer models, and its travails shouldn’t have much of an impact on service, said Tim Farrar, a satellite industry analyst with Telecom Media Finance Associates Inc.

“This sort of malfunction is unusual,” Farrar said.

Boeing said it would provide affected customers with a minor update to operating procedures to avoid “a similar malfunction going forward.”

The malfunction adds to the list of difficulties AT&T has faced since its US$48.5 billion takeover of the satellite TV service in 2015. The cumbersome system of house-mounted satellite dishes has been falling out of favor as customers cut ties and flock to online streaming services. AT&T lost an estimated 3 million TV subscribers in 2019, and the majority of those losses are from DirecTV.

The declines have attracted critics such as activist investor Elliott Management Corp., which have urged the company to sell DirecTV. AT&T has said it is open to merging its satellite TV business with Dish Network Corp., but that combination would face possibly insurmountable regulatory hurdles. And even if AT&T could find a buyer, DirecTV’s price would be much lower than what it was purchased for.

“Clearly AT&T overpaid for DirecTV,” Farrar said. DirecTV was “very smart to sell when they did.”