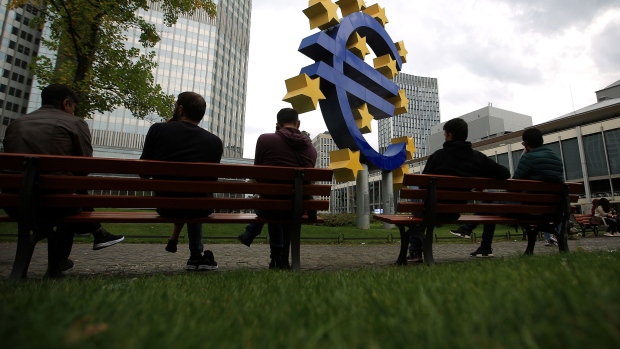 The euro sign sculpture outside the former European Central Bank (ECB) headquarters in Frankfurt, Germany, on Tuesday, Sept. 24, 2019. European banks started the week among the worst performers, dragged by German lenders after a slump in the country's manufacturing data. , Bloomberg

The European Central Bank is willing to develop its own digital currency if the private sector can’t make cross-border payments faster and cheaper.

In an internal document obtained by Bloomberg on Wednesday, the ECB argues that technological innovation is quickly transforming the way retail payments are made, including a decline in the use of cash. The central bank is analyzing the situation and will be ready to respond if needed.

“If industry efforts fall short of developing an innovative and efficient pan-European payment solution, the social need for it could potentially be met by issuing” a central bank digital currency, according to the document. “A CBDC with the status of legal tender could guarantee that all users have, in principle, access to a cheap and easy means of payment.”

The paper, which was later published on the ECB’s website, does not suggest such a development is imminent.

Outgoing Executive Board member Benoit Coeure argued last week that progress on retail payments across Europe has been slow and the market remains fragmented despite the launch a year ago of the ECB’s TIPS instant payments settlement system. Excessive reliance on foreign players could expose Europe to risks, he said.