Recent reports show the U.S. economy is on a solid recovery path, but real-time indicators suggest the magnitude of the consumer-led rebound could be even more dramatic.

Sectors that have lagged in the COVID-19 pandemic shutdowns –- including airlines, hotels and even movie theaters –- are showing a strong improvement as vaccinations accelerate.

The March employment report showed 916,000 jobs were added, the most in seven months, and Institute for Supply Management reported factory activity expanded at the fastest pace since 1983. But the official data may be understating these gains.

“High frequency alternative data have been rising sharply for about the last month, and they foreshadowed the strong readings that we have since gotten,” said Jesse Edgerton, a JPMorgan Chase & Co economist. “The alternative data already point to another strong job gain for April.”

Here are five indicators that show the pace of recovery may be better than previously thought:

Passengers traveling through Transportation Security Administration checkpoints topped 1.58 million on April 2, a pandemic high. Daily traffic has exceeded 1.5 million for three consecutive weeks after running under 1 million for nearly all of COVID-19. 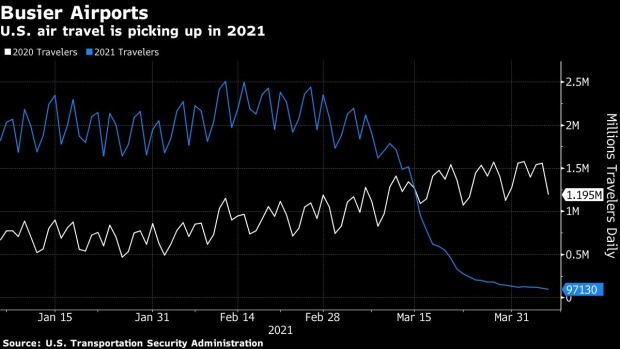 “People are really looking to get their life back,” Delta CEO Ed Bastian said March 15.

Restaurant reservations are still down around 20 per cent from 2019 levels -- but that’s a big improvement from when they were down 40 per cent earlier this year. Top-performing states the past two weeks include tourist hot spots like Florida, South Carolina and Utah. 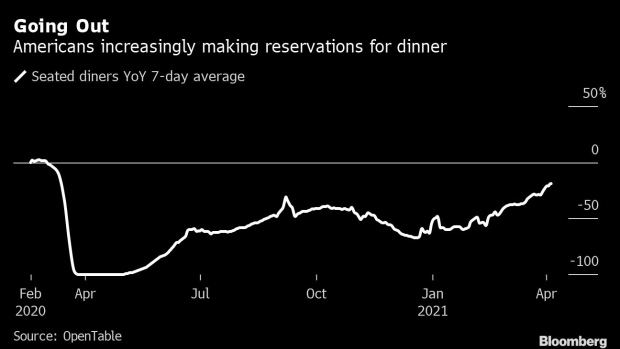 “Consumers are more confident...Restaurant bookings are on the rise and spending on most services -- amusements parks, fitness and movies, among others -- are accelerating.”

Like airlines, hotel occupancy is on the upswing as consumers get more comfortable traveling. Hotel occupancy in mid-March jumped to the highest level in a year and has remained near that level into early April, according to STR, a lodging data tracker. The average daily rate of US$112.76 in the latest week was the highest in a year, STR said.

Resort markets including Tampa, Florida and Miami have had among the highest levels of occupancy, STR said. 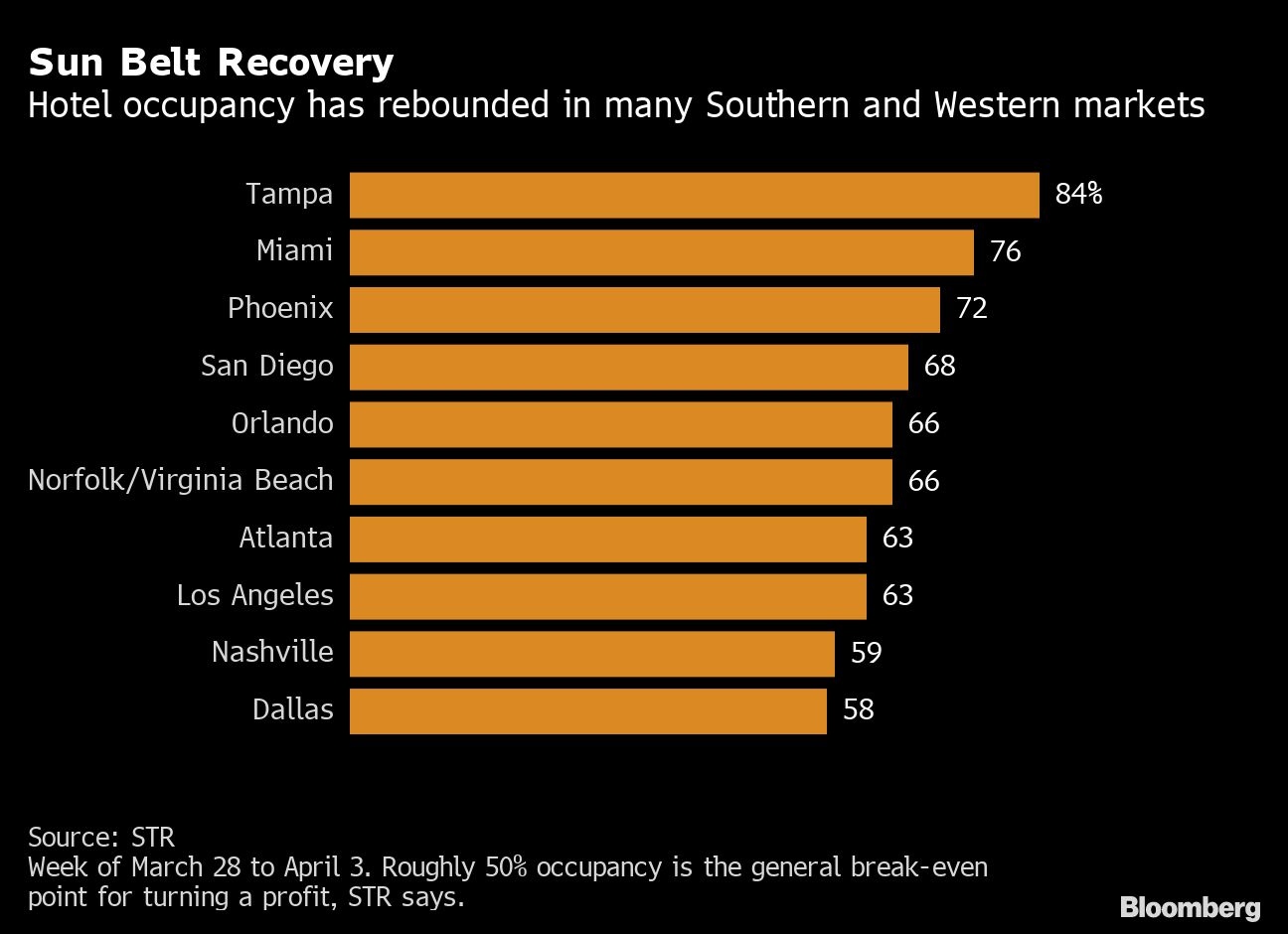 Entertainment venues -- live theater, concerts, motion pictures, sports -- have been among the slowest to come back during COVID, but are now seeing improvements.

“Godzilla vs. Kong,” helped bring in gross ticket sales of almost US$44 million last weekend, according to researcher Comscore Inc. That’s the highest revenue since the pandemic began, though 70 per cent below 2019 sales. 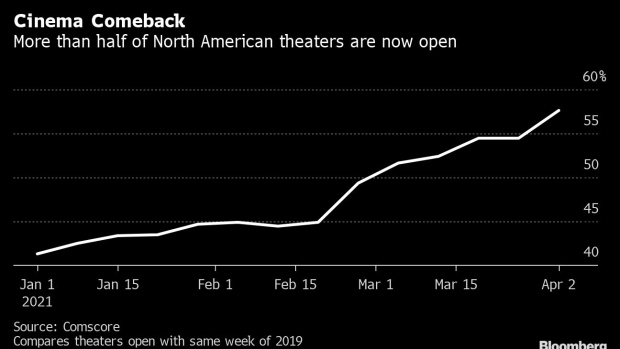 More than half of North American theaters were open, starting in March, climbing to nearly 58 per cent in early April.

“We are on the road to recovery,” said Paul Dergarabedian, senior media analyst with Comscore.

The labor market kicked into a high gear in March and real-time data suggest it’s just the start of a continuing acceleration. Job listings on the website Indeed last week were 16 per cent above levels in February last year before the pandemic closed down the economy. 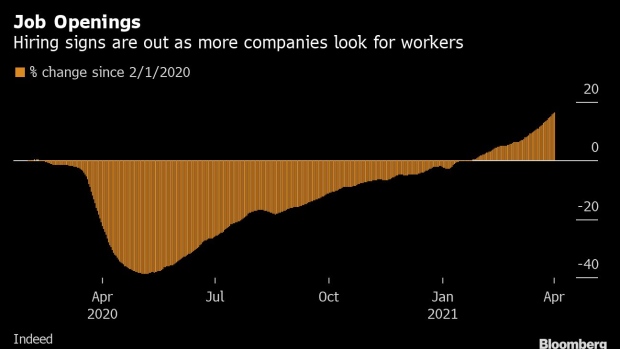 “Our data show that the recovery has continued and accelerated since then,” said Jed Kolko, Indeed chief economist. “Job postings increased at an even faster rate in March than in February.”

In another sign of more hiring to come, U.S. job openings rose to a two-year high in February, the U.S. Labor Department reported.