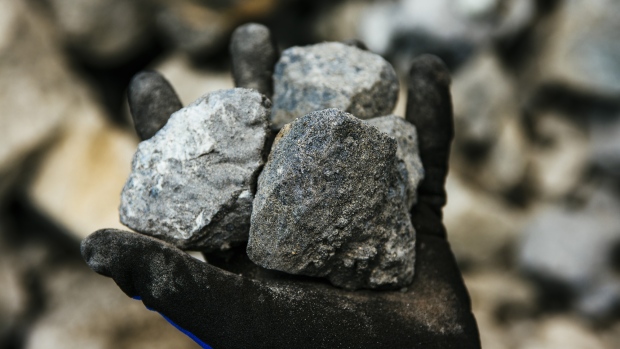 A worker holds rocks of raw platinum ore for a photograph at the Northam Platinum Ltd. Booysendal platinum mine, located outside the town of Lydenburg in Mpumalanga, South Africa, on Tuesday, Jan. 23, 2018. Booysendal will use a system developed by an Austrian company that builds ski lifts to transport the ore up a 30 degree incline out of a valley for processing, instead of the traditional conveyer used throughout South Africa or the more expensive option of trucking. , Bloomberg

Investors have taken a shine to platinum.

Long-only exchange-traded funds focused on the precious metal used to curb emissions from diesel cars attracted US$850 million this year through Monday, the biggest annual inflow. Hedge funds and other large speculators boosted their bullish bets on platinum to the highest in more than three years.

Platinum has fallen out of favor among investors after Volkswagen AG’s emissions-cheating scandal in 2015 prompted commuters to turn away from diesel vehicles. The market has overestimated the decline in demand for autocatalysts, as stricter emissions standards required higher loading of the precious metal, Ryan McKay, TD Securities commodity strategist, said in a phone interview.

“Platinum was very under-invested in 2017 and 2018 and that was very much due to the thoughts on diesel” after the emissions scandal, McKay said. “Investors started to take more of a liking to platinum this year. Its strong correlation with gold has certainly helped. That’s another driver in the ETF as well.”

The so-called platinum group metals, which includes palladium and rhodium, will remain in shortage this year as tighter emissions standards offset soft auto demand, Morgan Stanley analysts including Susan Bates said in a note in early December. The supply imbalance may result in substitution that could be the “most likely cure for platinum’s large surplus” of about 871,000 metric tons, they said.

Platinum, which is also used in jewelry, has traded at a premium to gold until 2014. As prices of precious metals fell across the board, the growing popularity of gasoline-fueled vehicles as a result of the scandal pushed prices of palladium above platinum by 2017. Platinum is now starting to catch up to its peers, with prices climbing more than 9% this month.

By 2025, about 850,000 metric tons of palladium used in autocatalysts could be substituted with platinum, “thereby rebalancing both markets,” Morgan Stanley said on Dec. 11.