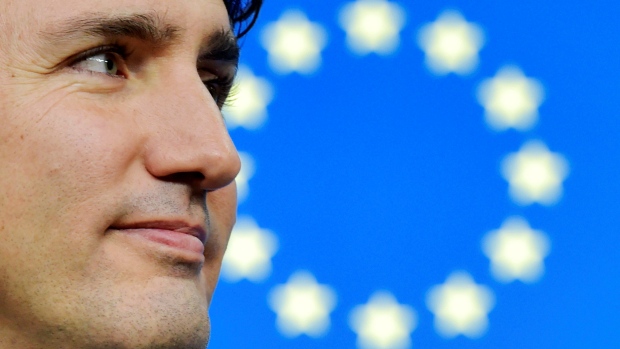 Justin Trudeau attends a news conference after the signing of the Comprehensive Economic and Trade Agreement (CETA) at the European Council in Brussels, Belgium, October 30, 2016. , REUTERS/Eric Vidal/File Photo

STRASBOURG - The European Union and Canada secured clearance on Wednesday for their contentious free trade deal and the removal of import duties that supporters say will boost growth and jobs on both sides of the Atlantic.

The two parties can claim a success for their open markets policy after months of protest and uncertainty and in the face of U.S. President Donald Trump, who has withdrawn from the Trans-Pacific Partnership (TPP) and wants to rework the North American Free Trade Agreement.

CETA has been the focus of demonstrations in Europe led by trade unions and protest groups that say it will lead to a race to the bottom in labor and environmental standards and allow multinational corporations to dictate public policy.

The chief point of contention is the deal's system to protect foreign investors, which critics say can lead to cases such as Philip Morris's challenge, albeit unsuccessful, of plain tobacco packaging in Australia.

Pleased to finally see the Europeans ratify our CETA free-trade deal. Good news for Canada and the Canadian economy.

Supporters say the right to regulate is enshrined in the treaty and CETA has replaced closed arbitration panels with transparent and independent courts to settle disputes.

Full implementation of CETA, including investment, will only ensue after clearance by more than three dozen national and regional parliaments, by no means a certainty. Opposition in the Belgian region of Wallonia threatened to kill the deal last year.

One left-wing group in the parliament said CETA still faced defeat in national assemblies, referendums or at the European court. 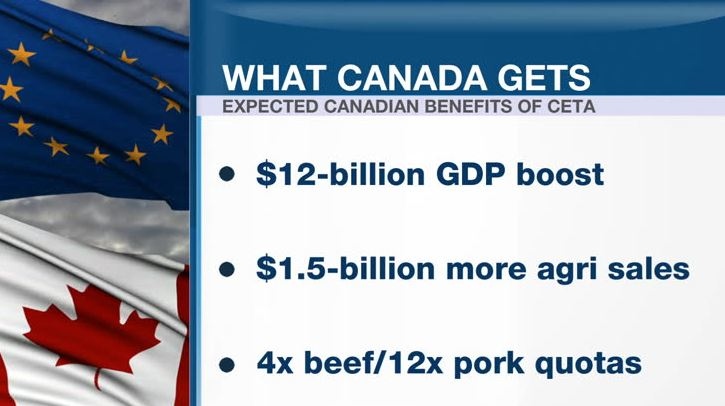 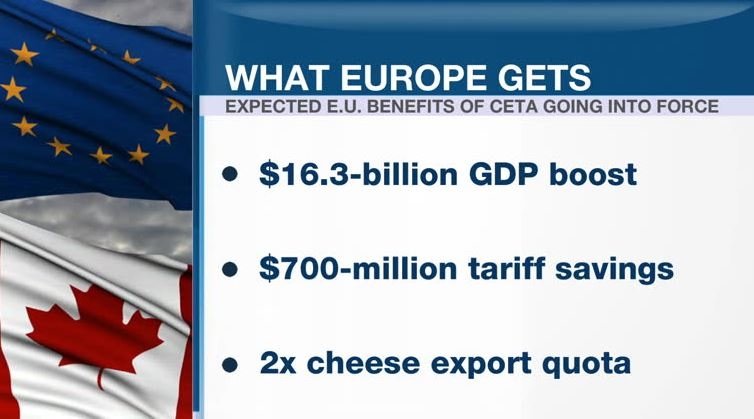 For Canada the deal is important to reduce its reliance on the neighboring United States as an export market.

For the EU, it is a first trade pact with a G7 country and a success at a time when the bloc's credibility has taken a beating from Britain's vote last June to leave the bloc.

The EU recognizes EU-U.S. trade talks are frozen, but wants CETA to be just one of a series of ambitious trade deals it plans with countries including Vietnam, Japan and Mexico.

Canada had signed the 12-nation TPP, which Trump has rejected, but remains in trade talks with fellow signatory Japan as well as with India and Singapore.

Canadian Prime Minister Justin Trudeau, who met Trump on Monday, is due to address the European Parliament on Thursday.

HAVE YOUR SAY: Are you in favour of CETA? https://t.co/dQaKdZaYro