Exxon Mobil Corp. pledged to hold oil production at a two-decade low as part of a plan to reduce debt, boost dividends and address shareholders’ concerns about its record as one of America’s biggest corporate polluters.

The oil giant will produce the equivalent of 3.7 million barrels a day by 2025, about the same level as this year, after aggressively cutting investment in new projects to focus on rebuilding cash flow.

That’s down about 18 per cent from Exxon’s 2011 peak, when it sat atop the S&P 500 Index, and the lowest since the late-1990s takeover of Mobil Corp., according to Bloomberg data. By contrast, Exxon’s pre-pandemic plan, first laid out to Wall Street three years ago, would have ballooned daily production to 5 million barrels. 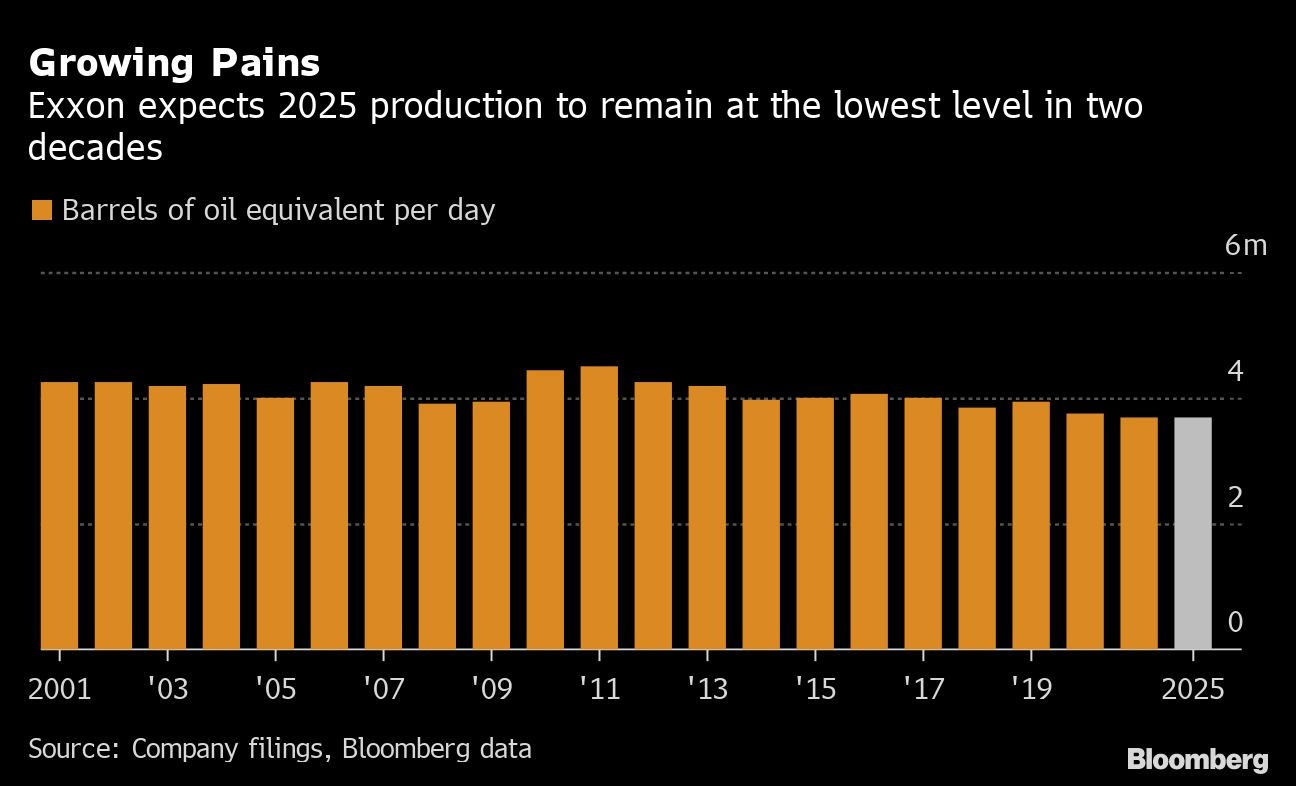 In his annual address to Wall Street, Chief Executive Officer Darren Woods on Wednesday laid out plans for a smaller, nimbler Exxon in a bid to resuscitate the company’s reputation as a financial powerhouse and technological innovator. Woods spent a significant portion of his presentation discussing Exxon’s centrality to a low-carbon world, despite the absence of any new, long-term emissions targets.

The stagnant production outlook took some analysts by surprise and will stem primarily from reduced drilling schedules in North American gas fields and Permian Basin oil, along with asset sales.

“Production disappoints,” Giacomo Romeo, an analyst at Jefferies Group LCC said in a note. “This should trigger some consensus downgrades.”

Still, a less ambitious production program means fewer potential emissions, a key concern for investors including Engine No. 1 which is running a proxy battle to overhaul Exxon’s board. Through 2025, greenhouse-gas emissions from Exxon’s upstream operations will be 30 per cent below what they were a decade earlier, Woods said. That figure does not include pollution from the company’s refining and chemicals businesses.

“Exxon Mobil has now adopted the language of long-term net zero emissions and dramatically shifted its emphasis from production growth to investor returns, both of which are remarkable shifts,” Engine No. 1 said in a statement. “Without real change these gains could be short-lived.” 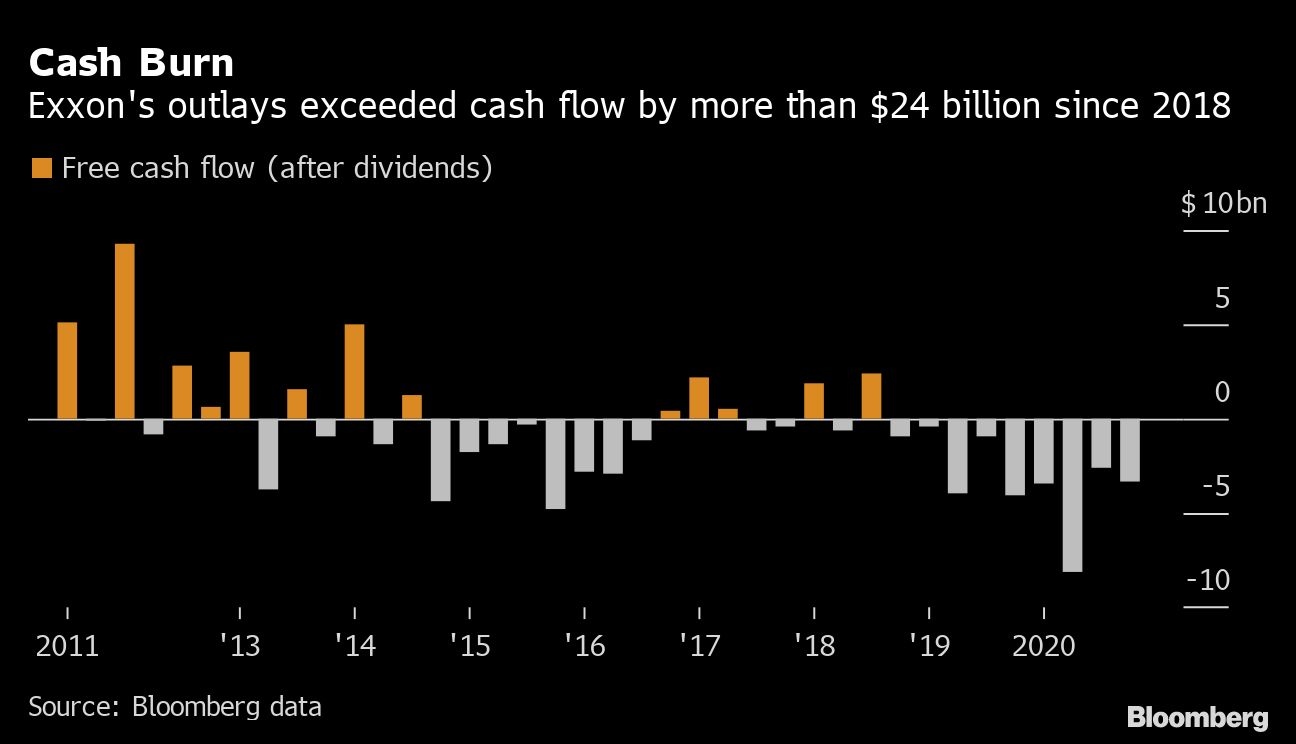 Woods spoke at length about Exxon’s forays into carbon capture, where it’s considering 20 projects around the world including several along the U.S. Gulf Coast. While government policy and technological advances have accelerated in recent months, more work needs to be done for such projects to be economically competitive, Woods said.

Rather than simply investing in renewable energy like European rivals have done, Exxon will focus on “hard-to-solve problems” such as lowering emissions from airplanes, factories and trucking, he said. Senior Vice President Andrew Swiger, one of the CEO’s top lieutenants, said that such efforts won’t swallow up large amounts of capital beyond the $3 billion allocated to Exxon’s new low-carbon business through 2025.

Exxon’s new plans are based on last year’s US$10 billion-a-year capital-spending cuts through the middle of the decade. By then, operational cash flow will rise 20 per cent compared with this year, assuming oil averages about $50 a barrel. Any cash generated above this level will be used to erode the company’s US$70 billion debt load, Swiger said.

The resurgence in cash is much needed. Over the past three years, Exxon has burned through US$24 billion as it shelled out US$15 billion in annual dividends and plowed capital into costly growth projects. Much of the cash rebound will come from developments in Guyana and the U.S. Permian Basin, which will generate 10% returns even if crude dips below US$35 a barrel, the company said Wednesday. 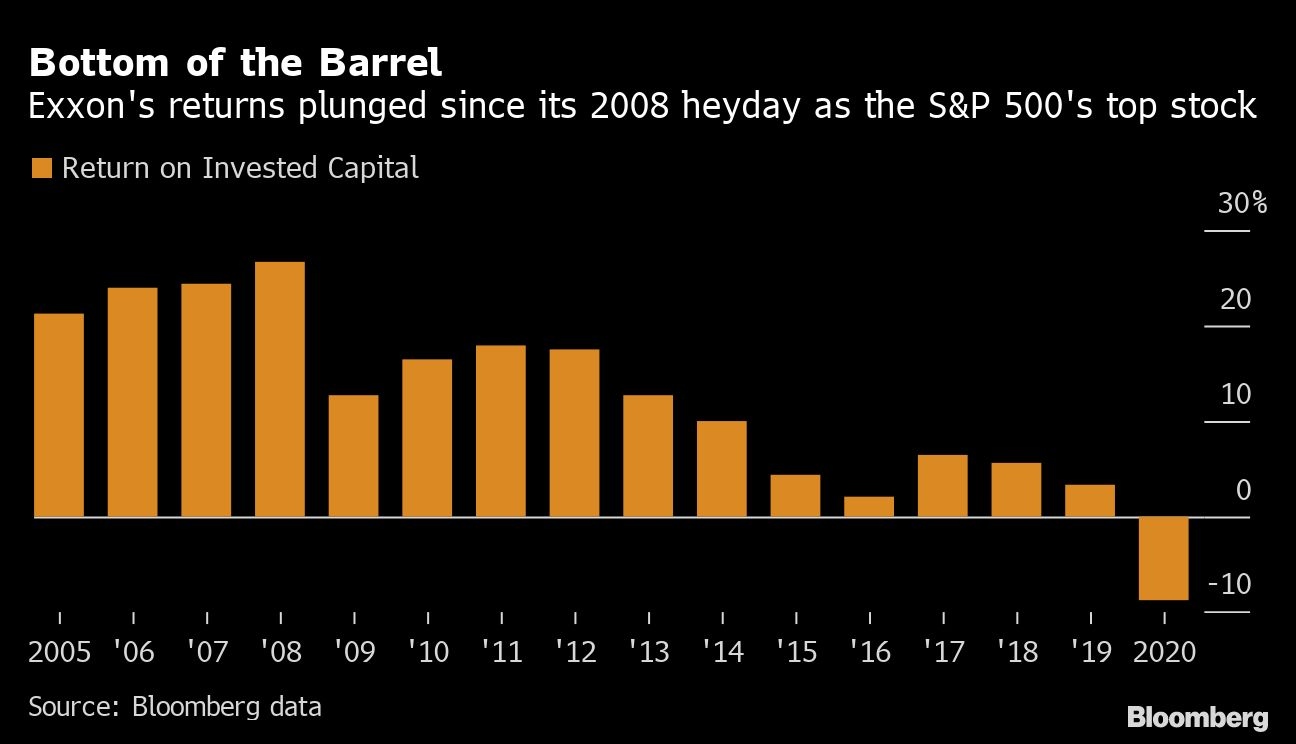 In an ominous sign for Exxon’s employees and suppliers, Swiger said there may be a “much larger amount of structural savings” on top of the thousands of jobs already eliminated. Woods chimed in that he was “confident there’s more opportunities” to save money.