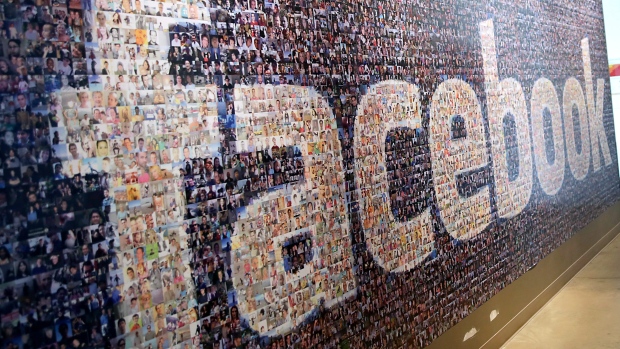 Signage made up of individual faces is displayed inside the Facebook Inc. Prineville Data Center in Prineville, Oregon, U.S. , Photographer: Meg Roussos

“People naturally engage with more sensational content,” Zuckerberg said Thursday on a call with reporters. “What we see is that as content gets closer to the line of what is prohibited by our community standards, people seem to engage with it more.” Facebook will now reduce distribution for that “borderline” content on the social network, Zuckerberg said.

The company is also making a handful of other major changes to its content moderation efforts. First, decisions on content can be appealed to an independent body, taking the final decision out of Facebook’s hands. Facebook will also start to make public the minutes of its meetings on content policy. The company will release quarterly reports on how well its artificial intelligence works to identify content that needs to be taken down.