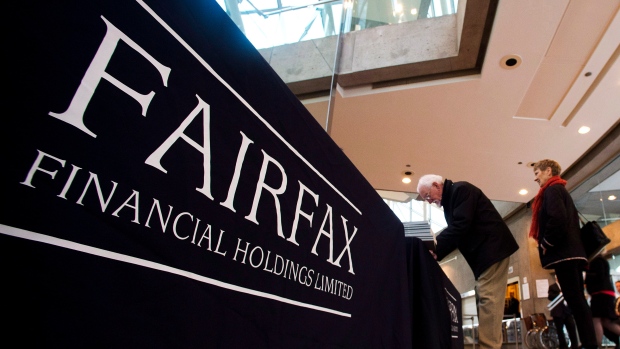 TORONTO - Fairfax Financial Holdings Ltd. has agreed to sell its interests in the RiverStone Europe insurance business to a fund managed by CVC Capital Partners.

Fairfax says it will receive US$750 million for its stake on Riverstone Europe, once the deal closes, and it is entitled to up to an additional US$235.7 million after closing.

The Ontario Municipal Employees Retirement System has also agreed to sell its entire stake in RiverStone Europe as part of the deal.

CVC is making the acquisition through its Strategic Opportunities Fund II.

The deal is contingent on approval by regulatory agencies and is expected to close in early 2021.