Markets are aware that the U.S. Fed 'is running out of runway': FX strategist

The Federal Reserve purchased shares of exchange-traded funds including the Vanguard Short-Term Corporate Bond ETF and the iShares iBoxx $ Investment Grade Corporate Bond ETF in the opening days of its emergency lending program to support corporate debt, according to disclosures published Friday.

The purchases, which began May 12, are part of a program known as the Secondary Market Corporate Credit Facility, and represent one of the Fed’s key efforts to date to combat the coronavirus pandemic. The disclosures covered purchases made through May 18. The central bank’s total holdings of ETFs invested in corporate debt rose to US$2.98 billion as of May 26, according to weekly balance sheet data published Thursday. 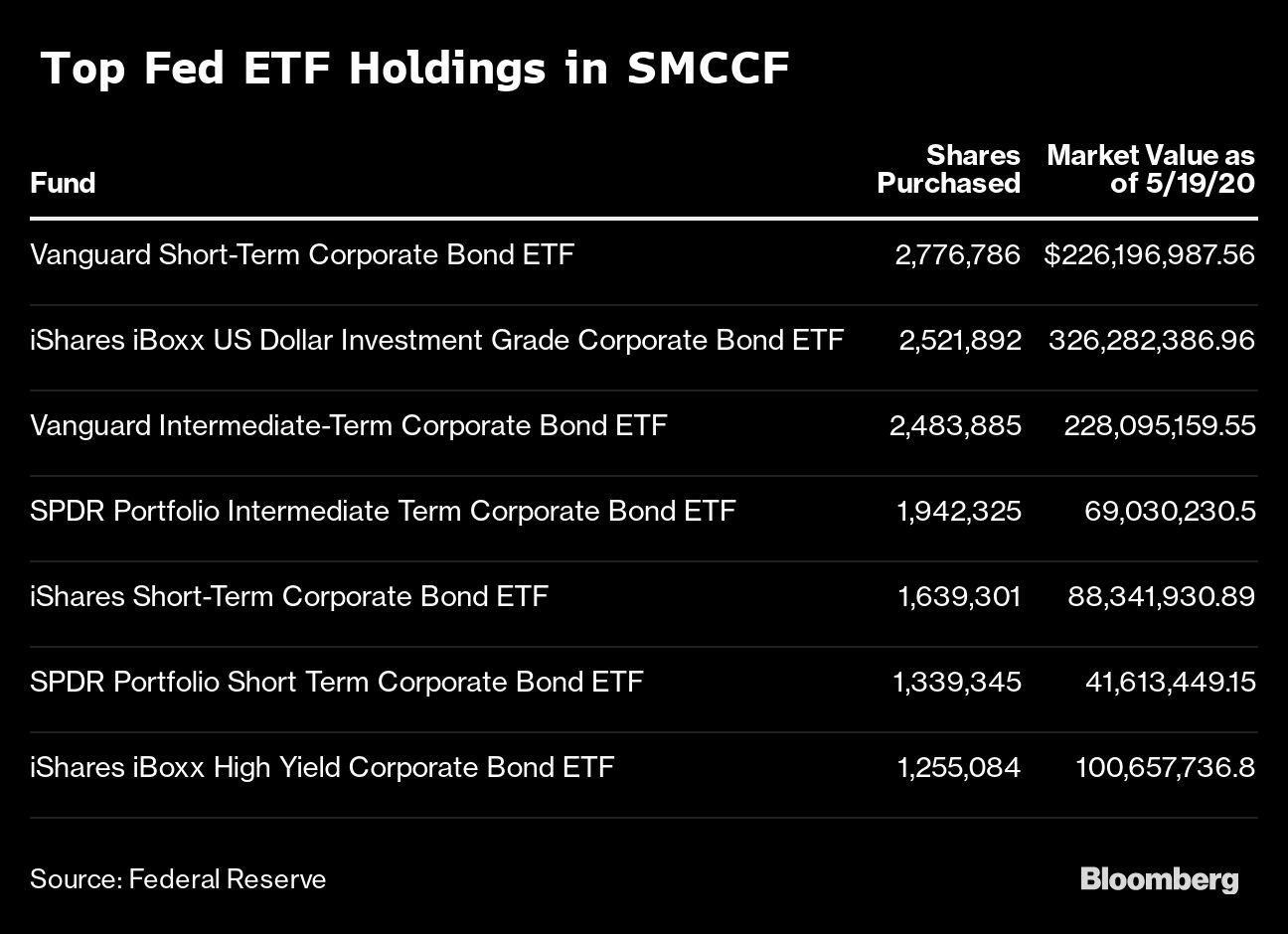 The majority of the Fed’s purchases were concentrated in investment-grade credit ETFs. VCSH and LQD -- the central bank’s top purchases -- have the bulk of their holdings in banks, followed by pharmaceutical companies.

VCSH has taken in over US$1 billion worth of inflows and rallied roughly 1.2 per cent since May 12. LQD has absorbed about US$2.9 billion over that same period and climbed 3.7 per cent.

While the bulk of the Fed’s roughly US$1.3 billion in ETF purchases covered in the release went to high-grade funds, the central bank bought roughly US$212 million worth of high-yield ETFs during the week of May 12. BlackRock’s iShares iBoxx High Yield Corporate Bond ETF -- the biggest junk-bond ETF -- was the most heavily bought.