A small mutual-fund provider is slated to make history later this month as the first to convert its products into exchange-traded funds.

Guinness Atkinson Asset Management expects to switch two of its mutual funds on March 26, according to a statement Tuesday.

It will be a milestone moment for the US$5.8 trillion ETF industry, which has been gaining ground on the mutual-fund market for years thanks to lower costs, easier access and a preferable tax regime.

The Guinness Atkinson conversions are likely to be just a start -- quant giant Dimensional Fund Advisors is already next in line to switch some of its funds into the ETF wrapper.

“This move represents the culmination of a dialogue we’ve had with our shareholder base, who like many are increasingly attracted to the benefits of ETFs, including their lower costs and greater flexibility,” said Jim Atkinson, chief executive officer of Guinness Atkinson, in the statement. 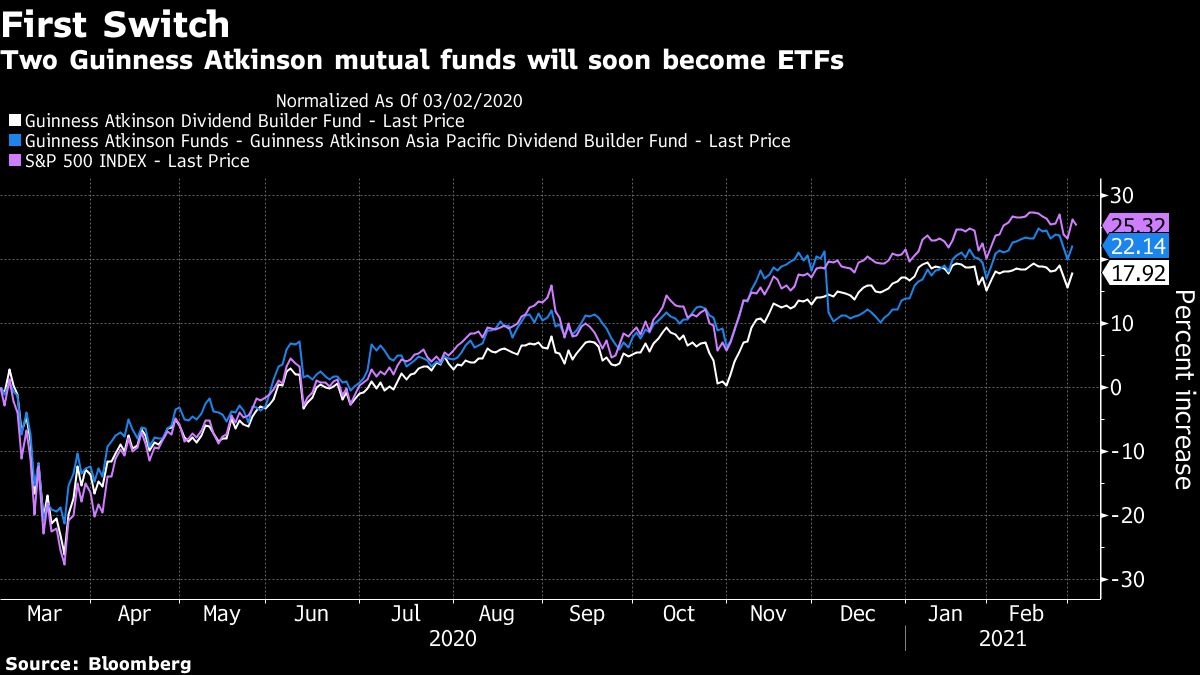 Current mutual fund investors will automatically become shareholders of the new actively managed ETFs in a non-taxable event, according to the Los Angeles-based firm.

The U.S. ETF industry took in almost US$500 billion last year, while mutual funds lost about US$362 billion.

“The conversions make sense just based on how challenging it is to raise assets in this environment where there’s a lot of new products out there and it’s harder now to get in front of advisors and clients during the pandemic,” said David Perlman, an ETF strategist at UBS Global Wealth Management. “If you’re able to get a jumpstart in terms of assets in the strategy by converting from a mutual fund to an ETF, that makes sense.”