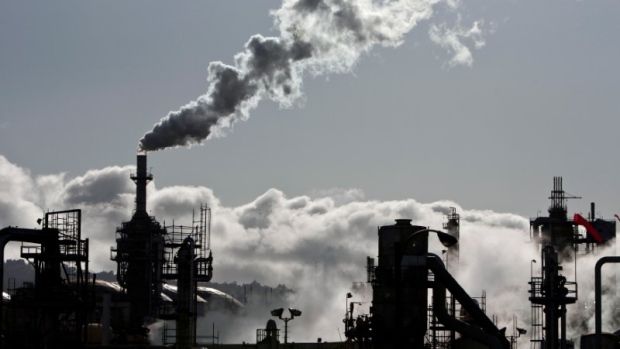 Smoke is released into the sky at an oil refinery , Reuters

Canadian oil producer Paramount Resources Ltd said on Thursday that it would buy the Canadian subsidiary of U.S. oil and gas firm Apache Corp for $459.5 million.

The Calgary-based energy company plans to buy Apache Canada Ltd, and fund the deal with cash on hand and no debt. The deal requires regulatory approvals and is expected to close in August.

A sale of Apache Canada would mark the Houston-based company's exit from the country, the latest international oil firm to sell Canadian operations in favour of concentrating on U.S. shale plays.

Apache has said it planned to streamline and focus on its operations in the United States, North Sea and Egypt.

Apache said with the sale to Paramount and two earlier deals signed in June involving Canadian assets, total proceeds from the three sales would amount to about US$713 million.

It plans to use the funds finance a portion of Apache's 2017-18 capital expenditures, reduce debt and improve the liquidity of the company. The sales will enable Apache to reduce "significant" liabilities associated with asset retirement obligations in Canada.

“I do think it’s short sighted. And we see this type of phenomena so often – that when something’s out of favour, you end up selling and moving on. And, of course, as prices recover – whether it’s six months or two years and we’re talking [oil prices at] 80-90 dollars – we’ll see a reversal of this and start to see, oh – a big investment by Exxon, or Total is coming back in. And it’s always at the opposite price,” Lewenza said.

Separately, Paramount also said it entered into an agreement with petroleum and natural gas company Trilogy Energy Corp , in which the company would buy the remaining 85 per cent of the common shares and non-voting shares of Trilogy. 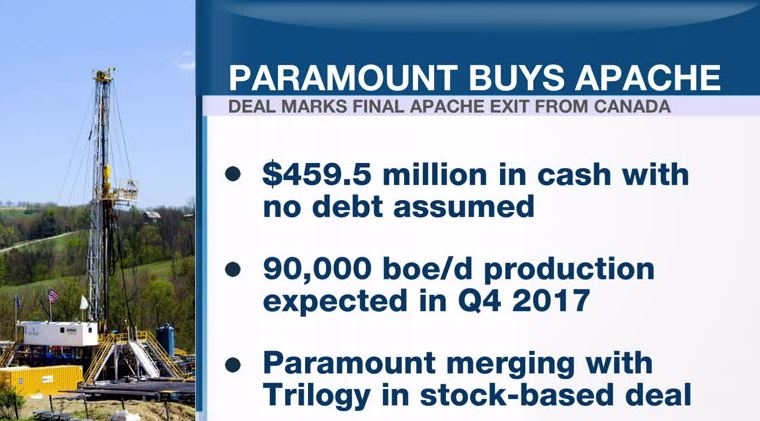