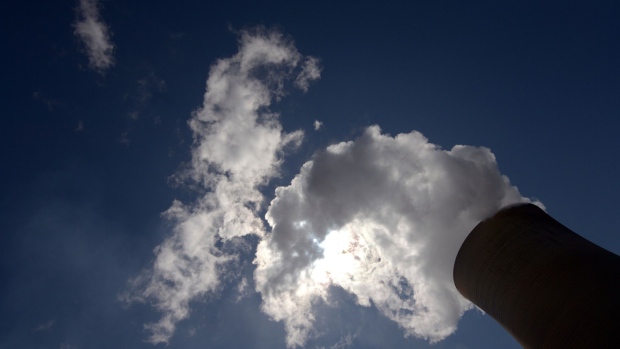 Emissions billow from a cooling tower at the EnergyAustralia Pty. Yallourn Power Station in the Latrobe Valley, Australia, on Saturday, Feb. 23, 2019. Australian Prime Minister Scott Morrison is pledging A$2 billion ($1.4 billion) over the next 10 years in direct action to lower greenhouse gas emissions, making a climate pitch to voters ahead of elections due by May. Photographer: Carla Gottgens/Bloomberg , Bloomberg

It’s going to take US$2.5 trillion in spending over the next decade to get the U.S. on a path to a carbon-free economy, but the transition will help to pay for itself, Princeton University researchers say.

The effort, two years in the making, is the first major assessment since the election detailing how the U.S. can transition to an energy system that satisfies scientific guidance for keeping the climate livable. While the upfront costs are significant, they would be offset by savings associated with switching to cheaper electricity and the creation of as many as 1 million new jobs, according to the researchers, who shared an earlier draft with Biden’s transition team. A carbon-free energy system also would reduce the underlying global risk of climate-related disasters. 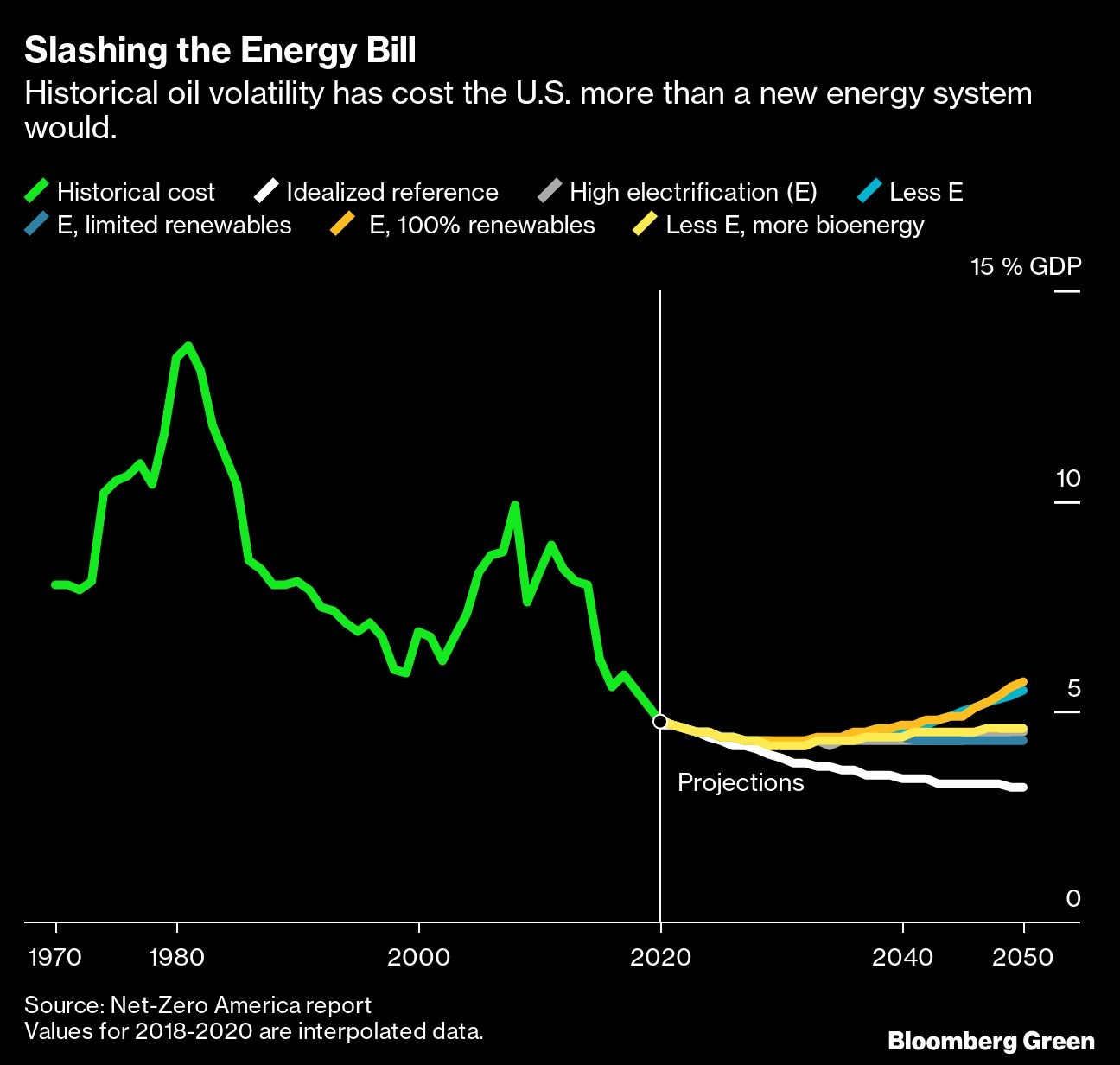 “It requires spending less on a historical basis” said Jesse Jenkins, an assistant professor at Princeton and one of the lead authors of the report. “We just have to spend it on the right things.”

Generating power from free fuel such as wind and solar while dramatically reducing fossil fuel consumption could keep energy costs below 6 per cent of gross domestic product through 2050 -- much lower than historical levels. That’s in part because oil-price volatility is a major factor determining how much U.S. households and businesses pay for their energy system.

Eliminating coal use by 2030 and cutting oil and gas use 65-100 per cent by 2050 would result in job losses, but those would be more than offset by new opportunities, especially in construction and installing wind and solar power. Jenkins estimates there would be 500,000 to 1 million net additional jobs by 2030. Energy-related employment could constitute 4.5 per cent of the U.S. workforce by 2050, from 1.5 per cent now.

Getting to net-zero would require major infrastructure investment, including:

One major goal of the report is to encourage local communities to come to terms with decisions they may have to make over the next few years. The areas from the Great Plains south to Texas remain a huge potential source of wind power, but tapping that would require new transmission lines and would likely generate public debate about land use.

Given the scale of the national investment required in the transition to a safe energy system, the authors said they hope their findings can help serve as a blueprint for financiers and infrastructure firms critical to the build-out.