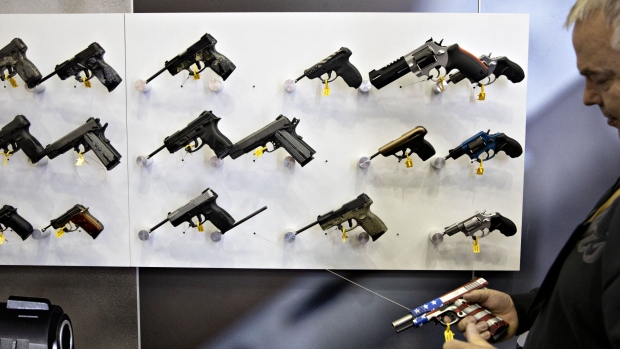 Firearms distributor United Sporting Cos. loaded up on guns ahead of the 2016 U.S. presidential election, expecting a surge in sales that would likely follow the election of a Democrat. Then Hillary Clinton lost.

The miscalculation sparked a multi-year decline that has reached the courthouse steps in Delaware, where United filed Chapter 11 bankruptcy on Monday.

United, which sells an array of outdoor equipment, is seeking protection from creditors while it sorts out more than US$270 million of debt secured by liens on its assets, court papers show. The company, whose subsidiaries include Ellett Brothers LLC and Jerry’s Sports Inc., reported Ebitda of US$4 million on net sales of US$557 million last year — well below its average of US$885.3 million in sales from 2012 to 2016.

Founded in 1933 as Ellett Brothers, the company had about 321 employees when it filed for bankruptcy. Wellspring Capital Management, Prospect Capital Corp. and Summit Partners together own more than 90 per cent of the equity of SportCo Holdings Inc., the parent company of South Carolina-based United.

The equity owners didn’t immediately responded to requests for comment.