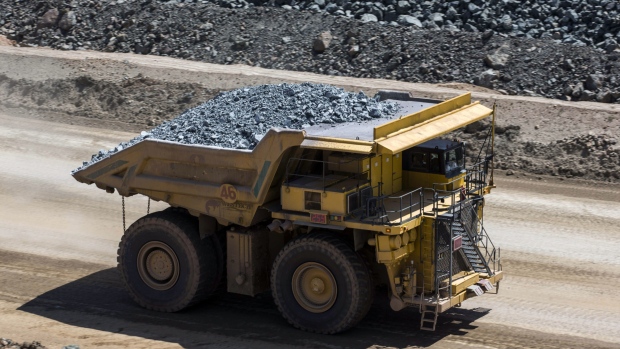 A dump truck operates at Oyu Tolgoi mine in Khanbogd, Mongolia on Saturday, July 23, 2016. , Taylor Weidman/Bloomberg

Guyana Goldfields Inc. (GUY.TO), a miner that has lost more than half its value in the past year, is exploring options including a potential sale of the business, according to people familiar with the matter.

The Toronto-based company is working with advisers at Royal Bank of Canada and Maxit Capital, an independent financial adviser to mining companies, the people said, asking not to be identified as the matter is private. The deliberations are in early stages and may not result in a sale of the business, the people said.

Representatives for Guyana Goldfields and Maxit didn’t immediately respond to an email and call seeking comment, while RBC declined to comment.

The gold miner, with operations in Guyana, has faced pressure from investors after a sell-down in the stock saw the company lose more than $1 billion in value since June 2016. Investors, led by former chief executive officer Patrick Sheridan, said publicly at the beginning of the year that they were seeking an overhaul of the board, amid falling production and higher costs.

Guyana slumped by almost half in late October after the company lowered its production guidance and raised costs for a second time last year. The first time it delivered similar bad news in 2018 was in mid-July, when its market value plummeted by more than a fifth. The company has a market value of about $245 million, down from about $1.6 billion in mid 2016.