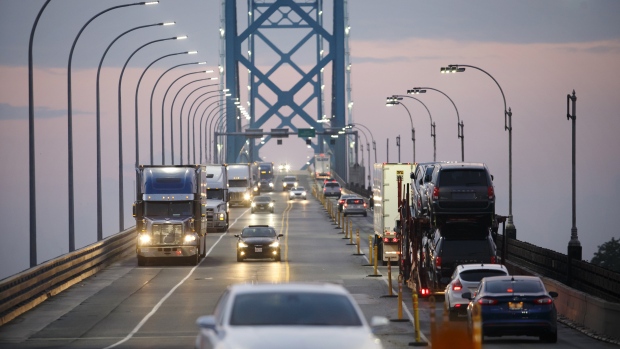 Canada and its southern neighbour haven’t always been the best of friends. In 1812, a newly-confident United States attempted to invade Canada, which was then still part of the British Empire. That invasion failed, and it was followed in subsequent decades by a number of cross-border skirmishes. It was only in the years after the American Civil War, when Anglosphere unity began to take hold, that the U.S. and Canada became fast friends. The U.S. has served as Canada’s military protector and main export market, as well as a destination for many of its most talented workers.

Now, as the U.S. convulses over identity and party, Canada again has reason to doubt the reliability of its main alliance. Military clashes seem highly unlikely, but U.S. President Donald Trump has launched a trade war against Canada, imposing steel tariffs, threatening hefty levies on auto imports and threatening to kick the country out of the North American Free Trade Agreement. He has even brought up the War of 1812.

The clash may be about values as much as economics. Trump’s signature policy has been a fight to curtail nonwhite immigration — Canada, with its explicit embrace of the kind of multicultural liberalism Trump abhors, is likely to remain an ideological alternative to Trumpian xenophobia. Even once Trump leaves office, that cultural flash point is likely to crop up again whenever Republicans take power.

Canada’s leaders should therefore think very carefully about their development strategy over the next several decades. It seems like a good idea to focus on increasing Canada’s comprehensive national power over the long term, in order to reduce both economic and geopolitical dependence on the U.S.

The key to increasing Canada’s power is getting more people. Its current population of about 36 million is roughly 11 per cent of the U.S.’s. Furthermore, Canada’s fertility rate of 1.6 children per woman — well below the 2.1 required for natural population stability — means that without immigration it’s facing long-term population loss.

Fortunately, Canada has embraced immigration to a degree that few other countries have, even the U.S.:

Canada’s immigrants are a remarkably diverse bunch in term of race, national origin and religion — the top five source countries in 2016 were the Philippines, India, Syria, China and Pakistan. Somehow, this hasn’t resulted in the same sort of xenophobic backlash that has been seen in some European countries, and which contributed to Trump’s election in the U.S. Ever since Prime Minister Pierre Trudeau officially declared Canada to be a multicultural nation in 1971, the nation has proudly clung to this identity.

Canadian media resolutely displays multiculturalism as the glue holding the nation together. Television shows like “Kim’s Convenience,” a series about a family-owned store, depict a society that is free of racial divisions and hatreds without being colourblind, where shared identity emerges from friendly integration rather than forceful assimilation. To be sure, this is an idealized portrayal — the country has its share of racists and white supremacists, and is no stranger to the kind of identity politics practiced in the U.S. But so far it doesn’t have anything like a Trump — the closest analogues in terms of personality, like Premier Doug Ford of Ontario, have multiracial support bases.

Atlantic writer Derek Thompson identifies one other factor behind Canada’s openness to immigration: selectivity. Canada’s system strongly favours high-skilled immigrants. It also has a generous family reunification immigration policy, like the one Trump wants to curtail in the U.S. But since many of the families of skilled immigrants are themselves highly skilled, this only contributes to Canada’s status as a magnet for international talent. Skilled immigrants tend to have better economic outcomes, and to raise the wages of native-born workers, meaning that native-born Canadians have no economic incentive to close the gates.

Thanks to this continuing surge of mostly skilled workers from around the world, Canada’s population growth rate is now above that of the U.S., despite lower fertility. If that can be maintained or accelerated — if Canada’s multicultural ethos and selective immigration policy have really unlocked the secret of building a liberal multiracial society — then the country has a chance to one day emerge from the U.S.’s shadow and be a power in its own right. That doesn’t mean Canada will be anywhere near as populous as the U.S. — at the current rate of growth it will only be at 65.7 million 50 years from now — but it could go from a small country to a medium-sized one that punches above its weight.

There’s one more obstacle for Canada to overcome: the weather. Much of Canada’s vast expanse of territory is frigid and forbidding. But global warming, even as it wreaks havoc on more temperate regions, is expected to make Canada a much more hospitable place to live. Even if climate change is held to a reasonable level — as we all should hope it will be — many Canadian cities will experience improvements, and the country’s arable land will increase. As Canada accepts more of the world’s people, there will likely be room to house and feed them.

If Canada chooses to pursue this national development strategy, and become a large, multicultural, highly-skilled society, it will eventually be able to take advantage of economic clustering effects to reduce its dependence on the U.S. As Trumpian xenophobia cuts off the flow of engineers and scientists to Silicon Valley and other U.S. tech hubs, Vancouver and Toronto may pick up the slack and dominate the industries of tomorrow. Eventually, the Canadian market will become important in its own right, giving many more companies an incentive to locate offices there — or even pack up and move to become Canadian companies.

Such a farsighted development strategy isn’t undertaken lightly. It involves the creation of a whole new type of nation — a grand experiment much like the U.S. itself. Even if the fundamental concept is sound, it will take many decades of visionary commitment to put it into practice. But for Canada, the alternative — to remain forever dependent on the whims of a mercurial giant neighbour — may be the more dangerous course.