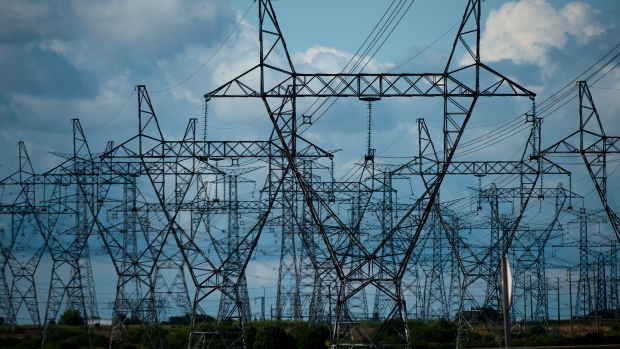 Rows of power lines are shown in Mississauga, Ont., on Monday, August 19, 2019. (THE CANADIAN PRESS/Nathan Denette)

The utility says the profit amounted to 43 cents per share for the quarter ended June 30, up from 40 cents in the same quarter last year.

Hydro One says the higher earnings per share for the quarter were primarily due to approved rates for the transmission and distribution segments, and higher demand, partially offset by higher depreciation, amortization and asset removal costs, along with higher financing charges.

Revenue, net of purchased power for the quarter, amounted to $988 million, up from $884 million a year earlier.

The company declared a quarterly dividend of about 28 cents per share, payable Sept. 29.

Hydro One is Ontario's largest electricity transmission and distribution company with about 1.5 million customers.

This report by The Canadian Press was first published Aug. 9, 2022.