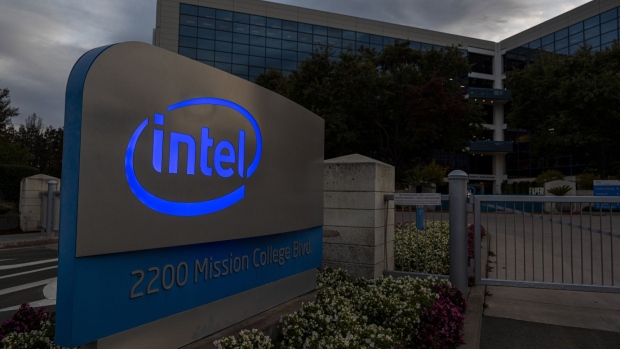 (Bloomberg) -- Intel Corp. is weighing scuttling a multibillion-dollar investment in a new semiconductor manufacturing plant as efforts to boost the industry stall in Congress, according to the company’s head of government relations.

The company, which has recently expanded its American operations, plans to develop and build a facility at a U.S. location yet to be named, representing a boon to the future of the domestic industry, one that may not be possible without government assistance.

“We aren’t going to be able to do that without CHIPS funding,” said Al Thompson, head of U.S. government relations for Intel, referring to legislation that would provide $52 billion in grants and incentives to semiconductor manufacturers. “It would be very difficult.”

Thompson cited the plans by the European Union and South Korea to offer incentives to their own home-grown semiconductor manufacturers as a reason for the U.S. to get involved in boosting the industry.

“If you want to start to reverse the continued decline of manufacturing share, CHIPS is necessary,” he said in an interview, using an acronym for the Creating Helpful Incentives to Produce Semiconductors for America Act.

The U.S., which still leads the world in chip design, has lost a significant share of the global chip manufacturing capacity over the last 30 years, falling to 12% today from 37% in 1990, according to the Semiconductor Industry Association.

Tech companies and policymakers argue that without government subsidies, the U.S. will not keep apace of countries like China, whose chip industry is heavily supported by the government.

But a bipartisan push to make the U.S. more competitive with China and bolster domestic chip production risks falling by the wayside as Congress grapples with a packed year-end agenda in an ever-more-divided Capitol.

The Senate passed a bill in June with nearly $250 billion in funding for research and development programs, including the $52 billion in emergency appropriations to provide grants and incentives to the semiconductor industry.

Fabrication plants cost billions of dollars to build and equip and take several years to complete. Thompson said that every year Congress delays support could mean an additional three-year delay to bringing a plant online.