August to October is a seasonally volatile time for stocks: Colin Cieszynski

Top Wall Street strategists are divided on whether the US stock market is poised to extend its longest winning streak of the year -- or slip back after another false dawn.

Morgan Stanley strategists said in a note Monday that the sharp rally since June is just a pause in the bear market, predicting that share prices will slide in the second half of the year as profits weaken, interest rates keep rising and the economy slows. But rivals at JPMorgan Chase & Co. said the rally -- which has pushed up the tech-heavy Nasdaq 100 index by over 20 per cent -- could run through the end of the year.

“Is the rebound getting overdone and should one go back into value style? Not yet, in our view,” JPMorgan strategists led by Mislav Matejka wrote.

The schism reflects the highly uncertain outlook for the US stock market in the face of strong cross-currents. On the one hand, inflation is showing signs of pulling back from its peak and businesses have been expanding payrolls at a strong pace, both of which auger well for equities. Yet at the same time, Fed officials have signaled that they will continue to raise interest rates aggressively until consumer price increases are reined in, which risks driving the economy into a recession.

The JPMorgan strategists have remained among the few top-ranked bullish voices on US stocks this year even as equities marked their worst first-half rout since 1970. They said that the stock market may rise in the second half of the year, driven by rate-sensitive growth shares that have rallied as bond yields pulled back from their June peak. Any shift back into value stocks will likely wait until signs that US growth has bottomed out, according to JPMorgan strategists, which they expect in the fourth quarter. 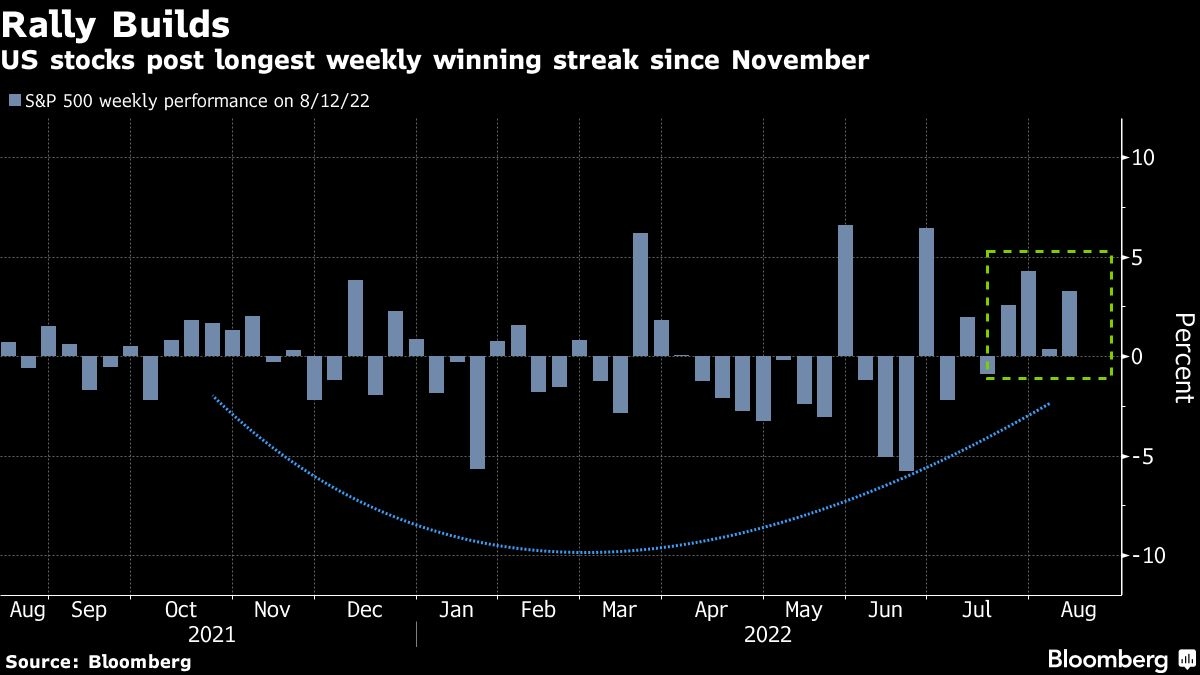 Such optimism has become more common among investors since mid-June, after corporate earnings were much better than feared and data showed a slight cooling in runaway inflation. The S&P 500 ended Friday with its fourth straight week of gains, its longest weekly winning streak since November.

But Morgan Stanley strategist Michael J. Wilson, one the most vocal and staunch bears on US stocks, says the rebound is now overdone, citing the risks posed by the economy, tighter monetary policy and the outlook for corporate profits.

“The macro, policy and earnings set-up is much less favorable for equities today,” he wrote in a note, adding that disappointing earnings in the next few months could spark the next leg lower in stocks.  “The risk/reward is unattractive and this bear market remains incomplete.”

Stocks also face another hurdle from slowing corporate buybacks after a record spree so far this year. Although buyback authorizations have jumped 18 per cent to US$856 billion in 2022, actual spending on stock repurchases sank 21 per cent in the second quarter compared with the first, Goldman Sachs Group Inc. strategists wrote on August 12.

Still, the strategists led by David J. Kostin said a 1 per cent excise tax, which goes into effect next year, creates a “modest upside” potential to buybacks in the rest of 2022.