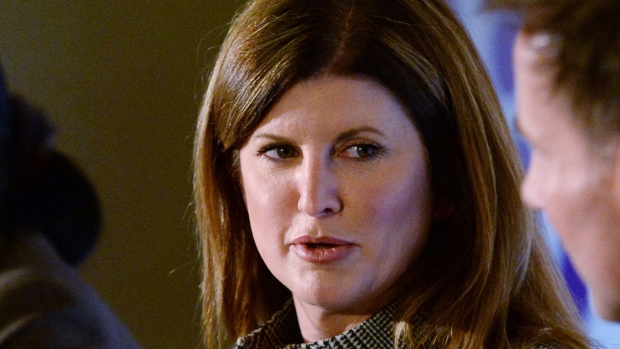 Former Canadian Health Minister Rona Ambrose has joined Juul Labs Inc.’s board of directors, the company said on Friday, as the e-cigarette company tries to reset its relationship with global regulators.

Ambrose is a well-known former politician who has held numerous roles in government, including interim leader of Canada’s Conservative Party. She is the first woman to join Juul’s seven-member board.

Juul Chief Executive Officer K.C. Crosthwaite said in a statement that Ambrose’s “unique public health and regulatory experience” can help the company reposition itself. Juul says its mission is to eliminate cigarettes, though it has been blamed by some regulators and public-health advocates for hooking a new generation on nicotine. Juul says it has never marketed to minors.

It’s important to look for ways to reduce the harm caused by cigarettes, Ambrose said in the statement, as smoking remains the world’s leading cause of preventable death. “However, these new technologies will not succeed in eradicating cigarettes unless businesses and regulators work together to successfully fight the problem of underage use,” she said. “We must solve both.”

Ambrose’s appointment is the latest step in Juul’s bid to change its image from disruptive tech startup to responsible smoking alternative. The company tapped Crosthwaite, a longtime executive at Juul investor Altria Group Inc., to be its CEO last fall. Earlier this month, it said it would move its headquarters to Washington, D.C., from San Francisco.

Ambrose brings both health credentials and political prowess that Juul has previously sought to add to its board. Last year, Juul approached Mark Bertolini, the former CEO of health-insurance giant Aetna, about becoming a director. Ambrose has served as an adviser to the company, Crosthwaite said in an email to employees announcing her addition to the board.

Juul must submit an application for U.S. authorization of its products by Sept. 9. Canadian regulators are weighing tighter regulations amid a spike of teen vaping.

Juul said this year it would stop selling most of its sweet nicotine pods in Canadian stores, similar to a policy it implemented in the U.S. in 2018, though it could consider re-introducing them.

Additionally, Elaine Paik will become Juul’s chief financial officer, Crosthwaite said in his email. Paik is currently the company’s senior vice president of finance. Former Chief Financial Officer Guy Cartwright stepped down from the post in January to assume the title of chief transformation officer. He left the company altogether in March.

Paik and Mace will begin their new roles effective June 1.