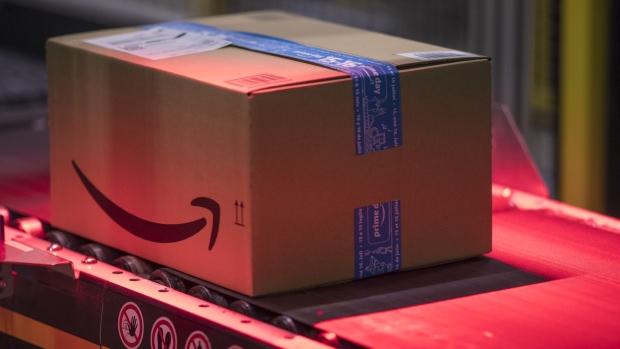 A worker places a label on a box at the Amazon fulfillment center in Baltimore, Maryland. Photographer: Melissa Lyttle/Bloomberg , Bloomberg

(Bloomberg Opinion) -- For many retailers, the final three months of the year are traditionally known as the Golden Quarter, when non-food shops make the bulk of their profits.

The period this year will be far from sparkling — unless you are Amazon.com Inc. The online retailer is poised to be one of few winners from the U.K. government’s decision on Saturday to impose a four-week lockdown and the recent restrictions announced in France and Germany.

For everyone else, it is impossible to overstate just how damaging the new rules will be. Non-essential retailers across England will have to close their doors at a time when they were full of stock. The lockdown will include the Black Friday promotional period. Although I have argued that European retailers adopting the U.S. shopping holiday are making a grave mistake, it at least drives foot traffic to town centers and leads to some incremental sales. That won’t be the case this year.

Retailers that don’t sell online are the most exposed. Associated British Foods Plc, which owns cheap-chic retailer Primark in the U.K. and other countries including Germany and France, said on Monday that 57 per cent of its selling space would be temporarily closed from Nov. 5. It estimated that it would lose 375 million pounds (US$484 million) worth of sales from these shuttered stores. 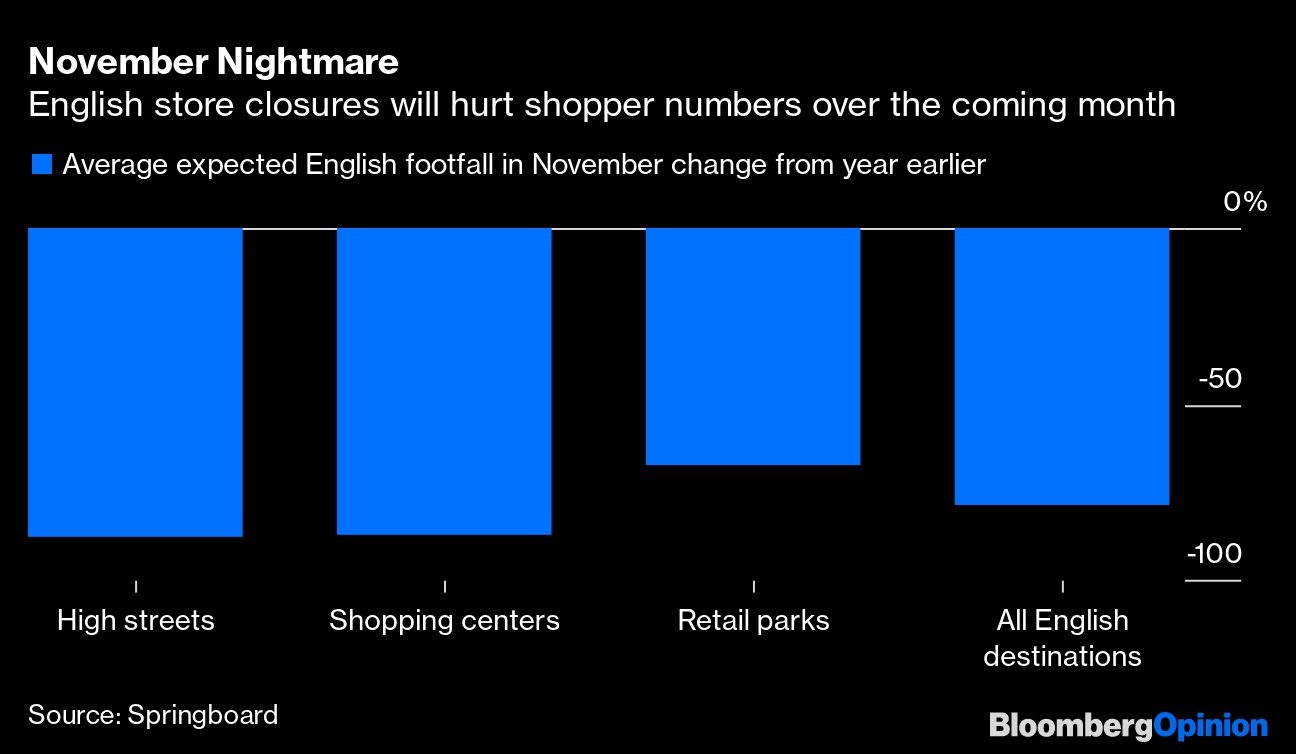 Groups with strong internet offerings, such as Next Plc, should fare better, as should the supermarkets, which will still be allowed to stay open and sell non-food items. Underlining the likely rush to laptop and mobile ordering, online grocer Ocado Group Plc on Monday upgraded its profit forecasts for the current financial year.

Customers will also be able to order products online and collect them from stores, though the question is whether local warehouses will be able to cope with the deluge in demand.

Many consumers will simply turn to Amazon — especially when needing to buy Christmas gifts. The company was able to prosper during the spring lockdown by continuing to deliver a broad range of goods, while other retailers held back from supplying items they considered non-essential. (Amazon decided to halt its Black Friday radio campaign in France after the French government said it was inappropriate to promote it when other retailers were suffering.)

There are signs that some people started Christmas shopping early, which helped retail sales in September, according to an important sales monitor from the British Retail Consortium and KPMG. But this won’t make up for the loss of trade during the crucial weeks of November.

As for pubs and restaurants, they were already suffering from a dearth of office parties, as well as a 10 p.m. closing time across England. Still, having some customers was better than none. Now that’s off the table. And they probably won’t be able to count on a pre-Christmas rush. Some will be able to offer takeaway, but unless establishments appeal to a young, tech-savvy customer base, this won’t compensate for closed doors.

It is not even clear that hospitality will be able to reopen on Dec. 2. When businesses don’t know what to expect — Will they face further shuttering? Or a surge in trade once people can finally leave their homes? — it is very difficult to plan.

Needless to say, the forthcoming restrictions are not the Christmas gift that retailers, pubs and restaurants wanted.