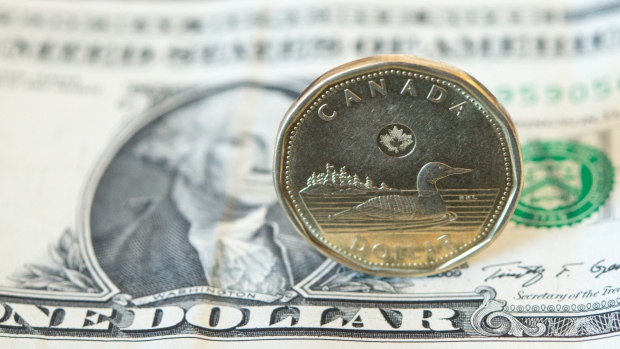 The Canadian dollar or loonie against the U.S. dollar , Roberto Machado Noa/LightRocket/Getty Images

The Canadian dollar slumped to a 14-month low against its U.S. counterpart on Tuesday after the United States said it would impose preliminary anti-subsidy duties averaging 20 per cent on imports of Canadian softwood lumber.

The move sets a tense tone as the two countries and Mexico prepare to renegotiate the 23-year-old North American Free Trade Agreement.

"The Canadian dollar has definitely not reacted well to the beating of the trade drums," said Brad Schruder, director of corporate sales and structuring at BMO Capital Markets.

While he said reaction to the lumber tariff was likely overdone, the weakness also partly reflected "fear of a snowball effect."

"It renews this concern that Canada could be facing some stiff headwinds on trade negotiations," after being lulled into a false sense of security from more favorable signals in recent months.

Recent weakening in the price of oil, one of Canada's major exports, has added to pressure on the nation's currency amid doubts about the Organization of the Petroleum Exporting Countries' ability to reduce global crude inventories.

Oil prices edged up in volatile trading, rebounding from six days of losses, ahead of U.S. crude inventory data forecast to show a drawdown.

Canadian government bond prices were lower across the yield curve in sympathy with U.S. Treasuries. The two-year fell 3.5 cents to yield 0.757 per cent, and the 10-year declined 28 cents to yield 1.521 per cent.

Canadian retail sales data for February is due on Wednesday.