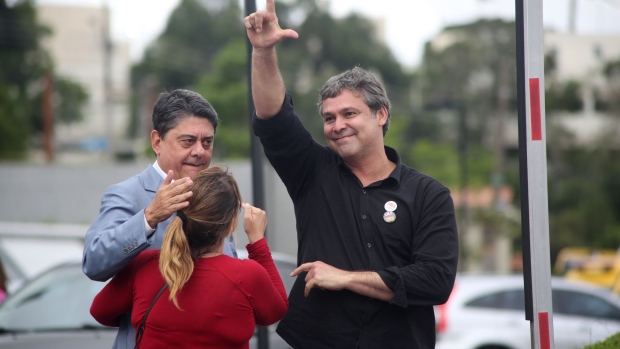 The administration won’t accept a lower amount because it would be too little to tackle Brazil’s social demands, Lindbergh Farias, a participant in Lula’s transition government and a long-time Workers’ Party member, said in an interview. The president-elect’s team is weighing provisional measures as an alternative if the proposed constitutional amendment stalls, he said, noting that one-time credit would also allow for beefed up spending.

“A provisional measure for one-time spending is a simple and viable way forward,” said Farias, who was also elected to the lower house of congress. “There are people who think that ‘it is a constitutional amendment or death,’ and it’s not.”

Lula is kicking off a crucial week for talks about a plan to breach Brazil’s most important fiscal policy buffer: a rule that limits public spending growth to the prior year’s inflation rate. His team initially presented a proposal to exempt 175 billion reais from that cap indefinitely to free up room for social outlays. Some lawmakers are pushing for the waiver of just two years.

Outgoing President Jair Bolsonaro has boosted cash payments through his Auxilio Brasil program to 600 reais a month, but set aside money for only 400-real handouts in next year’s budget. Lula’s team plans to re-brand the initiative as Bolsa Familia and keep the amount of 600 reais.

The constitutional amendment is becoming a headache for Lula because it requires more votes in congress and, even before taking office in January, he would need to give more concessions to other parties in exchange for support.

Parties that are working in the transition government may submit queries to the Supreme Court and Audit Courts to ensure the process is legal, said Farias.

Removing 151 billion reais from the cap in 2023 keeps fiscal neutrality and does not represent a rise in public spending for next year, he said.